Commercial Bank of Ethiopia (CBE) has reversed course and is back in the black. During the 2018/19 fiscal year, the bank’s gross profits were 17.9 billion birr. This is an increase of almost seven billion birr compared with the 2017/18 performance.
According to the bank’s annual report, they had increases of 102.9 percent and 163.6 percent in gross profit, compared with the year’s target and preceding period respectively.
In 2017/18 CBE’s gross profit stood at 10.4 billion birr. This was a reduction of 4.3 billion birr compared with the 2016/17 performance of 14.7 billion birr.
Before the 2017/18 financial year the bank’s earnings were rising around 10 percent every year but in the 2017/18 financial year they declined. The ended year performance has a growth almost 65 percent compared with the preceding period.
The devaluation and hard currency revenue is what caused the banks’ earnings to decline.
During the year CBE secured close to USD 4 billion in the just ended financial year from money transfers, while the export of hard currency earning was about only quarter billion USD.
In his report the recently assigned president Bacha Gina, said that the remittance earnings in the past financial year was USD 3.9 billion, while export earnings were USD 269 million. The bank has also secured USD 2.1 billion in transfers from the National Bank of Ethiopia, Central Bank.

Early this week Bacha said that his bank provided USD 2 billion to the private sector, while in his report on Friday he stated that CBE provided USD 1.5 billion to private importers.
According to the report of CBE at the end of last financial year the bank added 145 billion birr as incremental assets and its total assets have now climbed to 712 billion birr. The assets increased by 44 billion birr more than the target.
In the 2018/19 year, CBE has amassed an additional 89.4 billion birr as deposits with a 102pct performance compared with the target and similar percentage compared with the preceding year.
The private deposit mobilization has registered a growth of 134 percent compared with the preceding year and stood at 67.9 billion birr, which is also higher than the target.
The total deposit mobilization of the bank has stood at 541 billion birr and the private sector saving has taken the lion’s share by 368 billion birr.
Regarding non performing loan (NPL) the bank registered significant improvement and its NPL has shrunk to 1.8 percent from 3.5 percent a year ago. For the year CBE, which is also major finance provider for government owned projects, has provided 129 billion birr in loans and advances. Of which the private sector secured 22.2 billion birr, which is almost one sixth of the total loan disbursement. 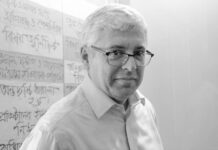