The five billion birr Unity Park was inaugurated in the presence of regional head of governments at a ceremony held at the historical mansion of Atse Minilik II.
The park has been constructed at the ‘Grand Palace’, which is the first settlement as a capital city for Ethiopia in 1880s. The compound initially was established by Queen Taitu Bitul, who initially frequently visited the hot spring that is adjacent to the current Jubilee National Palace. The same place of the Grand Palace located was also called ‘Tulu Finfine’ at the time, according to experts.
The park that will be opened to local and foreign visitors as of tomorrow has six tourist destinations and five of them are available currently, according to Tamrat Haile, leader of the project and the park, which has its own administration.

The Improper palace complex and hall of Minilik is the most tourist attraction location in the compound. Previously, these were unavailable.
The throne house and emperor’s resident will demonstrate Ethiopia’s civilization and the historical standards, according to experts involved in the project.
The Complex consists of the private prayer room of Emperor Menelik II and the Emperor’s watching tower, Emperor Menelik II’s office, Menelik IIʼs bedroom and Reception Room, Etege Taytu Betul’s Bedroom, the Minister of War’s Waiting Room, The Princes’ Bedroom, Council of Ministers and a small banquet hall. The first telephone for the entire country was also installed to this building.
According to Tamrat, the visiting area, which is part of the ‘Grand Palace’ compound, is about 40 hectares most of the area has been left to green space.
Capital learned that the historical palace renovation work has been conducted by Geom Luigi Varnero Impresa Costruzioni, who is well known for Varnero, for the project which took three years starting in 2014. Currently the palace has facilitated to be museum and exhibition centre to show the historical flow of the country and events happened in the compound in the past 130 years.
“For the museum we have gathered historical collections,” Tamrat told media on the visit held on Monday October 7.

Capital learned over 1, 000 historical items were collected including Minilik’s first automobile.
At the same time with some correctional renovations the project owners used eye witnesses’ interviews, photos and reference books, which scholars have spoken about concerning the compound.
“For the current phase, we mainly engaged in the development of the compound,” the project leader said.
In the greenery project over 6,000 trucks were used to settle the landscape and elevation of the garden, which is the garden for the traditional plantation of Ethiopia called the ‘Traditional Garden’ and other greeneries in the compound. The Traditional Garden has a collection of 45 Ethiopian plants including trees, bushes and garden plants.
One of the six touristic destinations is the regions pavilion that symbolizes nine regions through art and architectural. “In the development of regional location regional administrations have involved and some of them have already delivered symbols that refer them, for instance Afar region has provided traditional equipment to put on its location,” the project leader said.
Artificial cave for black lion, which is Ethiopian endemic, is also one of the six locations at the same time there will be zoo that would be opened for visit in December. “Initially we will start by 46 species 312 animals but their number will be increased as any zoos in the world,” Tamirat said.
The landscape work is mainly undertaken by UAE based Alec Engineering, which is one of the construction and design dominant player in the Gulf Region and Fitout, another company from UAE for interior work also involved on the project. Despite Alec is the lead contractor about 12 contractors including greening and construction has involved and most of them are Ethiopian companies.

The project is undertaken by the grant speculates provided by UAE. The total cost of the project including renovation of the Office of the Prime Minister is about 5 billion birr.
The major part of the project work took only six months, while compound renovation starts earlier.
The mansion of Atse Minilik II is that Atse Hailesilase I invited African leaders for dinner in 1963 following the formation of Organization of African Unity, this indicates how the compound has historical values, Daniel Kibret of the Office of the Prime Minister said. When the hall was constructed, it had a capacity to entertain almost 8000 guests at a time.
On special occasions, the Throne House was also used to welcome nobles and foreign dignitaries. Queen Elizabeth II of British, Charles De Gul of France and Joseph Broz Tito of Yugoslavia were only few of the distinguished world leaders to be received in this Hall during the reign of Emperor Haile Selassie.
During the Dergue regime the Throne House served as a meeting hall for the Dergue Central Committee in which numerous matters were deliberated, including the famous rural land expropriation proclamation and the decision to kill high officials of Emperor Haile Selassie.
There are four ways visitors can pay and they don’t need to use cash. They can send a short text to 6030, online reservations, credit cards and POS. At a time about 1,500 visitors can be in the compound but there is not a limitation to stay at the compound. Pricing is 200 birr (USD 20) regular and 1,000 birr (USD 50) VIP. 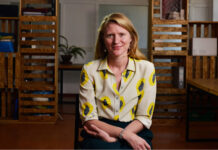