Public infrastructure developers’ call for national dialogue to come up with a common understating and accelerate upcoming investments, otherwise, it would be difficult to meet the public development demand.
On the Urban Development and Construction Standing Committee meeting to hear Federal Integrated Infrastructure Development Coordinating Agency (FIDCA), Almaw Mengiste, head of FIDCA mentioned several mismatches regarding coordinated development, exaggerated and conflicting compensation rates from one area to other for similar assets, besides damaged on developed infrastructures and others that he said costs the country.
At the discussion, Shiferaw Telila, head of Ethiopian Electricity Utility, representatives of Ethio Telecom, and Habtamu Tegegne, Director General of Ethiopian Roads Authority (ERA), and members of the standing committee expressed their concern on the damage and extraordinary compensation demanding behavior that they said it would make difficult to continue like that.
They said that the situation has become above and beyond the capacity of FIDCA, which is responsible to manage the coordinating development platform for roads, water and sewerage, electricity, and telecom infrastructures as per the establishment proclamation of 2014.
At the meeting held on Wednesday, December 23 at Parliament, Ahmed Shide, Minister of Finance, said that the situation is damaging the country’s resource since some of them are secured from foreign loans. He said that the situation would make the poor country poorer and is supposed to be corrected immediately.
He said that it is not about law and regulation, this needs commitment from all government apparatus for mutual understanding.
“The lower tiers of a government body is expected to support projects that come on their area than engaged with misdemeanor behavior and support for exaggerated compensation request and delayed the right off ways,” Ahmed claimed.
But he appreciated some regions that are truly focused on developmental works than creating problems.
Shiferaw said that lack of coordination costs the country huge amount of money including the foreign currency besides cutting services.
Similarly, Ethio Telecom representatives have expressed their claim that their service is frequently interrupted because of other projects that are carried out on their infrastructure areas without their knowledge accompanied by theft.
The frustrated ERA head, Habtamu, said that lack of commitment on lower tiers of the government body and regions has forced projects to be delayed. He insisted the government to suspend budgets and redirect for development work if they are not willing working amicably for projects that come to their area.
“It would be better if regional leaders were in this meeting. It is beyond the power and mandate of FIDCA that regions should seat down and discuss for common solution,” he said.
“I am wondering that there are massive infrastructure development demands in the country, but the situation in the reaction is very different when the government comes up with response,” he expressed his confusion on the situation at the ground.
“In the past there were claims that the farmers are not properly engaged on compensation, now I am afraid it is interpreted wrongly and on the reveres,” he added.
He said that development is coming for those specific areas but actual commitment and support from lower government official is very reluctant.
“For instance for project with 5km the compensation has become very high compared with the project cost,” he expressed his concern on the behavior of demanding inadequate and exaggerated compensation.
He said that the responsibility of lower government bodies, which are in charge to engage on identifying individuals for compensation, should be defined.
According to Habtamu, in the past budget year alone ERA has paid more than four billion birr that he said based on the current behavior it would skyrocket up to nine billion birr, “How can we continue like this?” he asked.
He claimed that because of different challenges including delaying on right off way issue and compensation and access to natural resource like sand and quarry projects are delayed.
“We and contractors are accused for projects delay but one ought to identify details for the reason than blaming,” he added.
He mentioned several projects that have been suspended or delayed because of right off way and exaggerated compensation. ERA’s head suggests that the government should annul these kinds of projects and invest the resource on other areas for who really demand their areas improvement; otherwise it will be difficult to run like this.
“Currently we have 300 active projects that now we are concerned how we finished them on integrated manner. National strategy should be emplacing to complete existed projects and elevate some illegal acts that sometime stand against the constitution and proclamations on accessing natural resources. We have to insure on enforcement of laws to accomplish projects,” he said and recommended regions to come for discussion to elevate challenges and accelerate the projected developments set in the coming ten year development plan besides the existed ongoing projects.
At the meeting, most of the participants appreciated inclusive discussion at national level for similar concusses to going on smooth manner.
Ahmed of Ministry of Finance proposed the formation of technical taskforce at higher level to solve problems.
Aisha Mohammed, Minister of Urban Development and Construction, shared the idea of other leaders and said that regions are coming with public demand for development but when projects come to effect massive problems are created.
According to her, regarding law enforcement, the draft amendment of the proclamation has been tabled at the Council of Ministers.
She said the value estimation work should be undertaking by responsible entity, which should be formed for this purpose, than the trends that are seen in most of the regions, who conducted the estimation on temporary committee that is not viable to come up with accurate value estimation.
“Uniform compensation price index is under drafting process,” Aisha added.
Finally she called for immediate discussion that includes regions on the aim to solve problems. 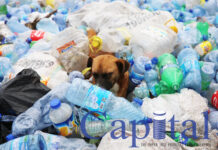 Puppy in a trash

Applied universities to start next year