The United States Agency for International Development has donated over 600,000 mosquito nets to the Afar region where around 28 percent of the population suffers from the disease.
The nets were shipped via cars and camels to distribute them to 30 Werdas in the region. The donation is part of the US President’s Malaria Initiative (PMI) which launched a campaign to distribute six million long lasting insecticide treated nets in Afar, Amhara, Oromia, and Tigray states.

The Afar Health Bureau says the region has been seeing success in their attempts to convince more people to use the nets. A survey indicated that prevention practices were on the rise and that ownership of long lasting insecticide- treated mosquito nets had more than doubled in the last five years.
Yasin Habib, is the deputy head of the region’s health bureau. He lauded the handover of the nets at a ceremony last Wednesday at Afamabo Wereda, near the Djibouti border.
“In the past, many died from this disease but now because we can provide better treatment in hospitals, distribute more drugs in the pharmacy and provide nets from donors we have made progress in fighting the disease but we still have a long way to go; just providing nets won’t solve the problem, we need insecticide treated nets, malaria control services, and to continue to raise awareness about prevention,” he said.
Malaria is a leading cause of illness and death in many areas of Ethiopia. According to the Ministry of Health, about 60 percent of the Ethiopian population lives in Malaria- prone areas and nearly two million cases of malaria were treated last year alone. Ethiopia’s national strategic plan aims to reduce malaria cases by 40 percent from 2016 figures. From 2016 to 2017, nearly 140, 000 cases treated in Afar which has a population of 25 million. 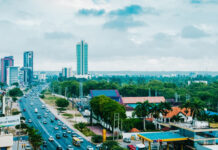 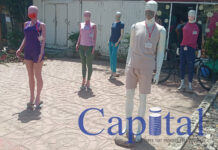