It has been almost one month since the passing of Chadwick Boseman, African American actor and leading man who portrayed baseball icon, Jackie Robinson; the “hardest working man in show biz”, James Brown; and best known for his role as King T’Challa in Black Panther. The movie about a fictious African country, Wakanda, never colonized and possessing enough wealth, natural resources, technology and compassion to transform the world was a blockbuster. Many said the Utopia represented in the movie had many similarities to Ethiopia. It resonated with Black people around the world and was one of the highest grossing movies in history. I am proud to have added to that number by seeing the movie three times right in the heart of Addis. The other millions of folks who shared my sentiment of support and delight in a Black superhero were all devastated by Boseman’s death at age 43 after a losing battle with colon cancer. His inner circle kept his four year fight with stage 4 cancer close to their chest as he poured his heart and soul into his art before taking his final bow.
On September 17th Ghana based Diaspora African Forum and the Diaspora Coalition held a special ceremony to honor Boseman, placing his name on the famous Sankofa Wall. His name joins that of reggae icon Bob Marley and recently departed Congressman John Lewis amongst other historic figures. T- Morgan Dixon, Howard University alum, Chadwick’s alma mater, said of the star, “Chadwick was not just an artist or actor but he was active in redefining everything black.” Head of Mission, Ambassador Erieka Bennett added, “His role as Black Panther delighted children and adults around the world…may his soul rest in peace.” Finally, Ministry of Tourism, Arts and Culture, Deputy Ziblim Idda remarked that “Chadwick’s life on earth was extraordinary watered by his gentleness of soul and brilliance both on set and in real life.” Chadwick Boseman will be missed sorely and the actor’s commitment to narratives about outstanding Black folks, fictitious or not, can be best summed up in one word, remarkable.
As we bid farewell to those who have fallen, we say welcome to the new ones rising; equally committed to sharing their craft with audiences of all ages. In Jamaica for instance I have recently discovered music by artists Runkus, Mortimer and Jaz Elise who sings Fresh and Clean. Indeed, all of these are fresh and I feature their music often on my international radio show broadcast weekly from Brooklyn, thanks to technology, on Global Medz Radio. AFRICA MATTERS with Mama Desta is the name of my show which highlights the goings on in Ethiopia and Africa in general, where our goal is to ensure we are not just written and talked about but that the truth from the continent can be heard directly. According to the old saying, “Until the lion tells his tale the hunter will always be glorified…” or something like that. You get the point. Every week we also feature Prince Merid Tafesse who is more than just one of Ethiopia’s established fine artists, he is also a historian of sorts, who unpacks what is happening in Ethiopia in an effort to set the record straight about who Ethiopia was, is and shall be, due to the enormous energy of loyal Ethiopians who refuse to see the country spin out of control. He paints a picture which may not always be rosy but certainly honest, providing perspective, offering critical analysis, stopping short before drawing conclusions. He wants listeners to think and give each other a chance to be heard, if nothing else.
Africa Matters has listeners from Ghana to South Africa; Europe to the USA and the Caribbean and can be heard live on Sunday mornings in Ethiopia at 5AM on globalmedz.net. The recording can also be listened to days after on the same website. Globalmedz has become a thriving platform for African voices in the Diaspora in myriad areas from health to politics and everything in between with Circle of Light host, renown herbalist Andrea “Cuchy” Brathwaite and African Connection with Ras Chaka and Brother Kofi as the premier talk shows with touches of music in between offered by Ras Brian and Quest. Best to check it out yourself, especially that we all have been spending so much time on the net.
So as the sporadic violence and mayhem continues to plague Ethiopia’s progress, I am reminded of the lyrics in Marley’s I Shot the Sheriff “Every time I plant a seed, he said kill it before it grow…”. It is the hope and prayer of all peace-loving people that forces hell bent on mass confusion and catastrophe will be stopped in their tracks and that their backers will one day come to justice so the country can move forward. You see Wakanda is not just a Marvel movie, but a possibility and if it is to happen anywhere, it can happen in Ethiopia.

Netsanet, from Dubai disappointment to victory in Valencia 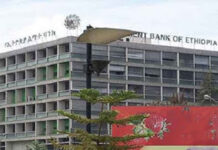