The Country Club Developers (CCD) appeared before the Federal High Court last Thursday with an injunction after a proceeding gave one month for the General Manager to hand over six houses that had been delayed for ten years.
Messele Haile, the founder of CCD, appeared before the Federal High Court’s 6th Civil Bench on January 14, 2019, and heard the judge order the handover of the six homes which lay on 1,000sqm. Messele was summoned to explain why his company failed to deliver the houses. Then the court ruled in favor of the home owners.
Following the ten-year court battle, the applicants opened an execution file after the company failed to comply with their amicable agreement which was to hand over the houses within 16 months. Four months after deadline they sued.
The presiding judge ordered CCD to handover the houses within one month. The owners said they were delayed from delivering the houses because they were waiting for finishing material from abroad. The company asked for three months but the applicants refused stating that enough time had been given.
On February 14 a hearing was held to see if the homes were indeed delivered by the one-month deadline. However, the real estate company’s lawyer Tamagn Beyene appeared with an injunction order given from the Constitutional Inquiry (CI) advisory council of the House of Federation (HoF).
The Chairperson of CI, Meaza Ashenafi, wrote on January 28, 2019, that the execution file at the Federal High Court’s 6th Civil Bench would be put on hold until the case obtains a final ruling in the House.
Appealing to the lower court’s decisions CCD’s lawyers submitted their application to the inquiry on September 17, 2016. The appeal stated the decision given by courts at all levels including the Cassation Bench denied that they had jurisdiction. This is because the property is located in the Legedadi Legetafo city administration in Oromiya Region. Therefore, the lawyers argued, the case should be decided by Oromia courts.
The real-estate developer asked for the inquiry to interpret article 80/2 of the constitution which delegates that regional courts deal with federal matters. The appeal also mentioned that the houses are being built with a land lease agreement obtained from the regional government and there is an argument over the regional land and investment laws.

From global achievement to national impact 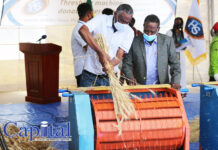 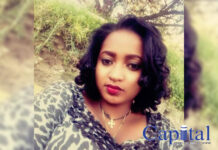 Stock market to start in May