Let’s change a bit the ethnic discourse and ask who from Dr. Abye Ahmed or the late Meles Zenawi is considered a liberal or a progressive?
For now, let’s define a ‘Liberal’ (in common speech) as a capitalist, who recognizes the flaws of capitalism and is dedicated to remedying them though taxation; and a ‘Progressive’ would be one who supports change and expect the state to enforce it; a progressive will gladly strip the individual of liberty in the name of progress.
There may not be consensus on these definitions, but that’s okay. These days it’s better to argue over such concepts than ethnic politicking. At least you can change your stance from being a liberal to being a progressive, or vice versa, or even if you are on the losing side today, you can be a member of winning electoral coalition at some time in the future.
I know I’m painting a very complex issue with one brush, but I believe this ‘fact-ish’ comparison may enlighten us a bit on where we came from and where we are heading as a nation.
On Nationalism
Dr. Abye –  is just like President Trump, he favors Ethiopia First. We have seen him travelling from one corner of the country to the other, pleading for unity of the country.
Ato Meles – was all about Tigray. He used fear of the Oromos and Amharas coming together to fire up his vision of Tigray nationalism.
On political prisoners
Ato Meles – hardly had any problem throwing his opponents to jail.
Dr. Abye – is all for releasing ‘political prisoners’ wherever they are, including those accused of committing bigger crimes.
On the economy
Dr. Abye – loves free enterprise and free markets, plans to sell prized public assets, like Ethiopian Airlines, Ethio Telecom, Railway etc.
Ato Meles – Maintained government as a powerful agent for improving the life of citizens’, at times used coercion to accomplish big things, i.e. investing in infrastructure, expanding housing, favoring price regulations etc.
On corruption
Dr. Abye – says zero tolerance, but sees no problem in releasing jailed corrupt officials.
Ato Meles – said zero tolerance, but picked and chose which corrupt official go to jail.
On political parties
Ato Meles – Favored a close-knit group of individuals pulled from the Tigray insurgent movement to safeguard the revolutionary ideology of TPLF. For Meles, electoral defeat was never on the cards.
Dr. Abye – seems to adopt a radical vision which opens doors to all parties to play their part in the political process, with no threshold.
On foreign affairs
Ato Meles – was astute, disciplined and, overall, reasonably successful in addressing the nation’s immediate security challenges.
Dr. Abye – He seems unpredictable. He will vote for the US in the UN.
On personalities
Dr. Abye -The more people see him, the more they like him.
Ato Meles – has certain iciness, he is more private and conceited.
As Dr. Abye goes into full swing in defining the ideology which defines the term of his political philosophical foundation, conversations about political ideology presents an opportunity for citizens to widen their political sphere. It’s critical to have civil discussions. Clearly, the Meles vision has lost the consent of the governed. Despite some positive goodies, the “prosperity” EPRDF repeatedly boasted to have realized has flowed solely to the ruling elite and its apparatchiks and apologists thru theft, fraud, embezzlement, political fixing, price-fixing, and so on.
There might still be time to turn things around. We must begin to speak with each other, and solve our problems together. 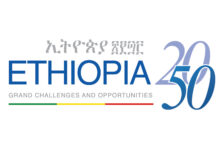 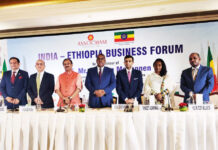