Our society is breaking down. People are scared of seeing each other. There is no more wedding, no more get together. Thousands business will end up bankrupt and many more will not reopen. Why?

To fight the Corona Virus!

For this fight, the Ethiopian Federal and regional governments is willing to effectively suspend the Constitution, place most of the country under house arrest, trash the country’s meager economy, and destroy the social contract built over centuries.

The same thing is happening in the US. In an interview about the US economy, one businessman correctly observed, “by May [2020] the economic damage will be so severe, it will cause more harm to families, abused children, and spouses, those who will die untreated because we only provide care for Covid-19. The number of individuals permanently discharged from jobs (never to return) is staggering and will get worse by the hour.” Again in the US supply chains have been disrupted, business contracts arbitrarily breached, rents left unpaid, unemployment lines increased by millions, and 50% of U.S. consumers are maxed out on their credit cards. The economic and personal damage is not only severe but probably irreparable.

What if all the hysteria-driven orders have actually made the virus outbreak even worse? More scientists are coming forward to argue for the “Sweden model” of moderation rather than lockdown.

Yes, schools and kindergartens still operate normally in Sweden; shops and pubs are open, the churches did not chase away their worshippers, and people are free to roam in the parks and bountiful forests. Just compare Sweden with its big neighbor wrote Israel Shamir, a journalist: Swedes now spend 43% more time in the parks than usual, while in Germany their people spend 50% less time than usual.

Shamir continues, that the Germans are subject to fines: it is 500 Euro if you visit your relatives or friends; the same if three or more persons get together; the same if you stand at six feet distance or less from another person; 75 Euro if you are found without an authorisation permit. Swedes need no permits and are free to visit and socialise.

We must ask ourselves, because such drastic approach was not adopted during earlier epidemics with far more deadly viruses, why now?

John P. A. Ioannidis, a Stanford University Medical School professor of medicine and epidemiology, argued (https://www.statnews.com/2020/03/17/a-fiasco-in-the-making-as-the-coronavirus-pandemic-takes-hold-we-are-making-decisions-without-reliable-data/ ) we are making decisions without reasonable data, so it is impossible to make claims about any fatality rate, actual or future. COVID-19 is the weakest of the seven serious flus and diseases (West Nile, SARS, Bird flu, Swine flu, Ebola, and Zika) we have had since 2002. So far, as mentioned above, it is even less deadly – by one-half – than the ordinary seasonal flu.

Dr. Jay Bhattacharya, another Stanford University professor of medicine, concurs when he says, as quoted in The Wall Street Journal, (https://www.lewrockwell.com/political-theatre/questioning-conventional-wisdom-in-the-covid-19-crisis-youtube/) “An epidemic seed on January 1st implies that by March 9 about six million people in the U.S. would have been infected. As of March 23 … there were 499 Covid-19 deaths in the U.S. … that’s a mortality rate of 0.01%.” He laments the fact that there have been no studies done to accurately assess the actual Measured Case Fatality Rate.

So, with the federal government and regional states ordered lockdowns, are we any safer from the virus? Perhaps in very small groups. The more one investigates with an open mind, the less confidence one has in our government officials. Sweden could be an exception (www.thecommentator.com/article/7649/prepare_for_the_mother_of_all_s_t_storms_if_sweden_pulls_this_off?fbclid=IwAR0I9p0rtxLesD7Q_7r9vhIRJ6YIheqcIWFsxMjs3IZipwMxCT0zEQPHvAw#.XogaZvbtILd.facebook with its reliance upon two rules: Groups at risk are protected and those people with flu symptoms stay at home. Swedish health authorities think that it is better to track individual cases within the country than to shut everything down. As they put it, “Despite the popular perception, our best hope against the pandemic is continued trade and cooperation across borders. Travel bans, the government wisely states, are mostly “political placebo.”

In New York, although the death rate is still high, the latest report shows that referrals of patients to ICUs were down. Incubations were down. And the discharge rate for patients from hospitals was holding steady.

Patrick Buchanan, the American commentator wrote ‘the thousands of ventilators Gov. Andrew Cuomo had been crying out for are, apparently, not immediately needed. The U.S. Navy hospital ship Comfort moored on the Hudson with a capacity of 1,000 beds remains largely empty. So, too, are the thousands of beds in Manhattan’s Javits Center, which has been converted into an emergency hospital.

Suddenly predictions of 1 million to 2 million U.S. deaths are no longer heard. Last week’s projection from the White House briefing room of 100,000 to 240,000 dead has been revised, sharply downward.

None of the above is to say or suggest that you should treat this virus, or whatever is causing the deaths and illnesses, lightly. Avoid direct exposure as much as possible. But we cannot go through life avoiding potential infection – it is not practical; avoiding fear and stress are perhaps the most important.

Yet, if we were to believe the constant alarms and fear spewed out by the mainstream media, then we would think – as most people have been led to believe – that huge numbers of people all over the World are dying from the COVID-19 disease. That is simply not true (https://www.spectator.co.uk/article/The-evidence-on-Covid-19-is-not-as-clear-as-we-think)

Governments that are telling us they are going to save us from a virus are the same governments that are going to destroy our way of life. It looks like a time has come when we are told where we may go, what we are allowed to do, what we may buy, how long we may remain at home. Control over the population is almost complete by eliminating our culture, religion, and independent views and thought, in order to bring about a new order, or to extend power. Unfortunately, once any country’s people succumb to obedience, all that is left is slavery.

Abiy’s “Horrendous Misjudgement”: TPLF’s History of “Fight from the Hills” 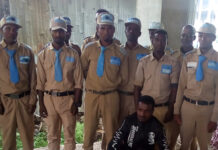 Too little too late

1 December is the Day of the First President of Kazakhstan