An embarrassing age-related moment for Nigerian football, 40 out of the 60 boys penciled down as part of the Golden Eaglets contingent to prosecute the Under-17 African Cup of Nations (AFCON) qualifiers in Benin Republic failed the mandatory Magnetic Resonance Imaging (MRI) age test.
Coming just three weeks to the qualifiers, this means the coaching crew will have to race against the clock to pick a squad qualified enough to represent the country at the West African Football Union (WAFU) Group B qualifiers billed to kick-off on Tuesday, January 5.
Out of the 20 players who passed the tests, only five of them are part of the main squad and just two of the five are included in Coach Fatai Amoo’s preferred starting lineup for the competition. Most of the players the coach banked on did not scale through. (Compare with Ethiopia only five out of thirty-five). Surprisingly, among those affected were players from the National U16 team, some of whom were featured at an invitational tournament in Japan last year. As a consequence, they will vacate the team’s hotel in Abuja and head home with dashed hopes and dreams. These age-cheating incidents are worsened by the desperation of parents and agents to get their youngsters into the national team at this level of the game.
To prevent further embarrassments that might warrant the disqualification of the entire team by CAF, the Nigeria Football Federation (NFF) has pegged Grades 1- 4 as the benchmark for the age test to ensure registered players stop being disqualified.
Nigeria’s Golden Eaglets, just like their Under-20 Flying Eagles counterparts, are drawn in Group B of the U17 qualifiers along with rivals Ghana and Cote d’Ivoire. 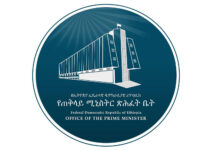 Dreams without a plan are just a wish: a new family...