Jimma Aba Jifar’a wandering Ghanaian goalkeeper has returned to camp after a two month absence and Ethiopia Bunna has signed a one year contract with the giant Senegalese striker Baptiste Faye.
Daniel Nana Agyei, who was the gold medalist at the FIFA U-20 World Cup gold and winner of the African Youth Championship, has returned to Jimma after a two month unapproved absence for an alleged court appearance in his home country Ghana. Daniel’s sudden departure was a huge blow for Abajifar as it lost four consecutive matches before rebounding and winning their next two games.
Daniel admitted that he travelled to Holland to claim custody of his baby girl and he expects to make more visits in the coming months. The 1.85m tall FIFA 2009 U-20 World Youth Cup and African Youth Double Gold Medalist will resume his duty between the wood works. The team sits third in the table after an amazing four wins in five matches, so the addition of Daniel could give a huge boost to head coach Gebremedin Haile.
In other news Ethiopia Bunna landed the 1.95m tall Baptiste Faye from Senegal to pair with their newly signed Ugandan striker Boban Bogere. The addition of the 30 year-old Faye who played for ten clubs in ten seasons scoring 136 goals in 183 appearances means Ethiopia Bunna will boast one of the most fearful strike forces in the league. Both strikers are to be available to the club at the start of the second round. 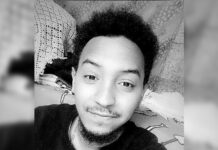