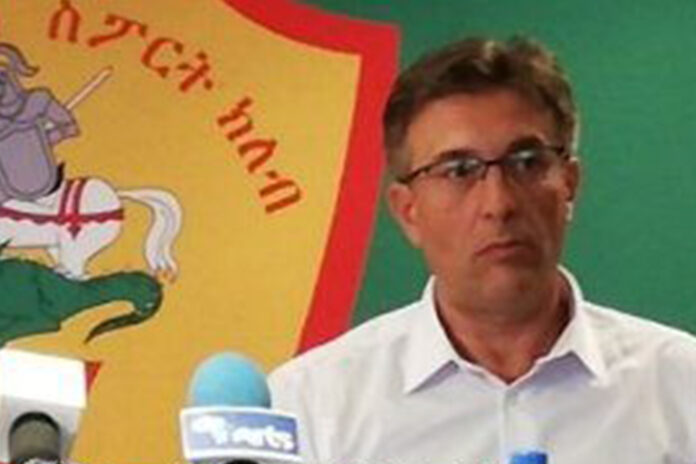 A season opening away draw with new comers Wolkite, a clumsy narrow home win over Sebeta Ketema, an away and home goalless draws with Fasil and Sehul-Shere followed by 2-0 away defeat to Jimma AbaJifar, Serbian Srdan Zivojhov appeared a Coach waiting for the axe comedown anytime soon. A single win, three draws and a defeat, the record champions are seventh in the table with six points already seven points behind the leaders.
Especially considering Zivojhov’s four expatriates in the squad and the best home talents under his command, it is hard to explain what Zivojhov is doing with the former 14 times record champions Saint George. Neither an entertaining football nor a result, paying thousands of dollars for Zivojhov is hard to justify. Salhadin Said sidelined for long due injury, Getaneh Kebede in suspension following a red card and the foreigners far from delivering results, the likelihood of losing the premier league title for third consecutive seasons appears to come true. A single goal in five matches is something unprecedented for Saint George famous for winning matches by all means.
Though the 47 year-old Zivojhov boasts first-hand experience in African football, he appeared oblivious of Ethiopian Football despite winning Addis Ababa City Cup trophy in less than two months in the hot seat. The speculation is that of his sacking if he lose any in the next three matches.