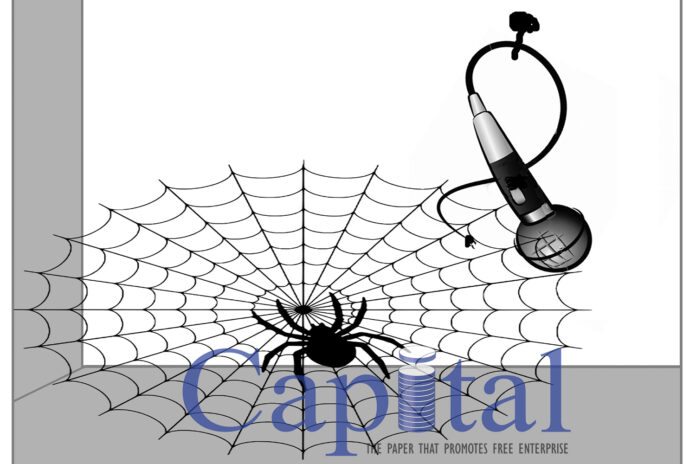 In the period leading up to the 2008 financial crisis, global value chains expanded rapidly, eventually accounting for around 70% of international trade. But in the years since, GVCs have stagnated and declined slightly in importance – and are set to undergo a massive reconfiguration in the coming decade.

By Erik Berglöf
For more than a decade, China has been haunted by the prospect of getting stuck at an income level below that of the developed world (the “middle-income trap”). But the country’s economy is well on its way to eliminating this fear: growth has been faster, and driven by more innovation, than in most other middle-income countries. And yet, a key aspect of China’s growth model, the economy’s integration into global value chains, is now being undermined from several directions. How China responds to this challenge will shape the speed and nature of its own growth and that of the global economy.
In the period leading up to the 2008 financial crisis, global value chains expanded rapidly, eventually accounting for around 70% of international trade. But in the years since, GVCs have stagnated and declined slightly in importance. Most of this change has actually been driven by China, which has radically reduced its use of foreign inputs, by producing more of these domestically, and exported more intermediate goods.
As a result, Asia, previously an important supplier of intermediate goods to China, now accounts for a smaller share of GVCs than it once did. At the same time, European dependence on China has increased at the expense of value chains within Europe. And the United States has absorbed some of the increase in Chinese intermediate exports, reducing its share of GVCs. The net effect of all this, notes Bruegel’s Alicia García-Herrero, is that China has become less dependent on the world, and the world more dependent on China.
The fate of today’s elaborate and increasingly efficient cross-border production systems is now in the balance. These systems are tied to specific technologies and deeply embedded in growth models. But they are also political and social arrangements, which makes them vulnerable to geopolitical and geo-economic conflict. Owing to these vulnerabilities, Chinese players will increasingly have to build their own supply chains, deciding where to produce which goods and services. This will cause value chains to become less global.
Moreover, China is changing its own growth model, from one led by investment to one driven by innovation. Achieving that shift will increasingly require supporting innovation through the entry and exit of firms, rather than within existing ones. The Chinese financial system still faces challenges in extending credit to small firms, but its main problem is phasing out support for low-productivity incumbents. Enforcing fair competition is thus becoming increasingly important. China needs to shift from promoting national and local champions to pursuing an industrial policy that loosens sector constraints and improves the investment climate across the entire economy.
More broadly, rapid technological change is continuously challenging existing value chains. A shift in emphasis from the transfer of goods and services to information – itself tightly controlled through multinational corporate structures – reinforces the fragmentation that has already resulted from increasing specialization. Nowadays, rather than producing an entire car, a country can focus on making some small part – say, gearboxes – to be part of a value chain. But robotization and artificial intelligence are driving a shift in where production occurs. And China, for its part, is investing massively in these technologies so that it can shape future value chains.
The acceleration of technological change will lead to more rapid turnover in employers, careers, and occupations, implying increased uncertainty for individuals. Worse, inequality is deepening within countries, and current growth patterns are reinforcing urban/regional disparities around the world, including in China. Labor markets in both advanced and emerging economies are becoming more polarized as medium-skill jobs disappear. And the resulting social tensions are fueling populism, which must be met with policies that emphasize equality of opportunity and improved social-safety nets.
Nonetheless, the most immediate threat to GVCs and China’s role in them comes from US President Donald Trump’s administration. By locking out Chinese suppliers from critical parts of value chains, the US is forcing China to pursue further “decoupling,” which, given how closely interconnected the US and Chinese economies are, is likely to be extremely costly for both sides. The long-run risks in such a world cannot be overstated. The most constructive approach for Chinese producers would be to build their own value chains within an open architecture that allows the most efficient firms to join and create redundancies to reduce their own vulnerabilities.
At the same time, America’s unilateral challenge to Chinese participation in GVCs could encourage China to play a more active role in shaping a new multilateralism for the twenty-first century. The ongoing trade and technology war could also represent an opportunity for China to extend its production networks in Asia, where they are currently underdeveloped, and to reduce its exposure in Europe and other parts of the West. Such a push would meet with understandable resistance from Asian countries that are already wary of Chinese influence; but economic interests may yet prevail. The question, ultimately, is whether it will be China that shapes technology standards in Asia, and what implications that outcome would have for the rest of the world.
What is certain is that, as with other countries that have avoided the middle-income trap, China’s transformation into an innovation-led economy is facing technological disruption. And as the process of domestic creative destruction accelerates, social and political tensions will rise. China will remain vulnerable to the current breakdown of multilateralism ushered in by the US; but so, too, will the rest of the world.
Ultimately, the Chinese government must recognize that Sino-American tension is rooted in the differences in their political systems. Without some willingness on China’s part to liberalize its authoritarian model, the transformation of the world economy is unlikely to be smooth.

Erik Berglöf, a former chief economist at the European Bank for Reconstruction and Development, is Director of the Institute of Global Affairs at the London School of Economics and Political Science.