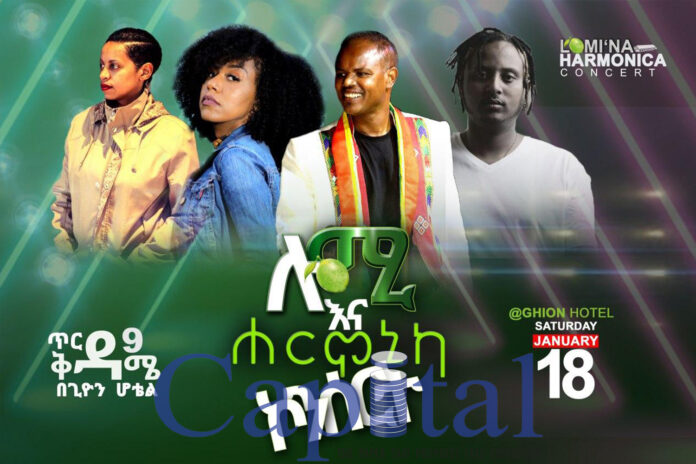 “Lomi‘na Harmonica Concert”, which is scheduled for Saturday January 18 will take place at Ghion Hotel, plans to bring together traditional and contemporary singers including Yihune Belay, Tsedenia Birhanu, Yohana Ashenafi and Tigist Hailu. The concert, named after lemon and harmonica, which are widely known materials used by young boys and girls during ‘Timket festival’, is aimed at creating additional formal and organized entertainment for the youth as part of Timket. According to Biniam Getaneh, Creative Department Head at Alela Events & Multimeda, the concert is going to be an annual entertainment event. “We even have plans to expand this concert to the level of making it a festival,” he said. The organizers are expecting a minimum of 10,000 audiences.