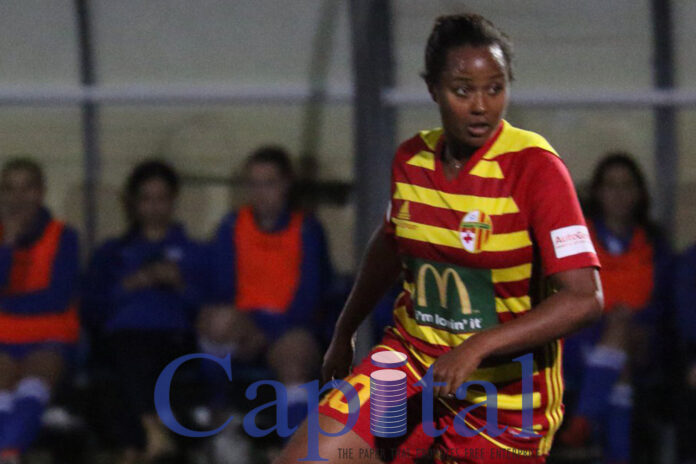 First ever Ethiopian international women footballer Loza Abera is making history in Maltese football helping her side Birkirkara to lead the league season. Five matches to go in to the end of the league season, Birkirkara appeared a side to retain the title for second season in a row.
Three Ethiopian women league championship with Dedebit at the same time crowning top scorer in four consecutive years, Losa had had a half season spell with Adama Ketema last year helping the side win the league title for the first time in the club’s history.
Coming to realize that little remained at home to bring close to her dream of becoming an international footballer, the 21 year-old left home for a fresh adventure in European football.
Just four months and nine matches in to Malta Women’s top league Losa became a house hold name among women’s football crazy fans steering Birkirkara to the league top spot as well leading the top scorers’ chart from a mile. Crushing title contenders Mgarr to a 3-1 home victory over the week end in which Losa executed a braid Birkirkara is leading the seven sides’ top league with six points clear of a game in hand second place Swieqi United.
Twenty one goals in nine matches including seven goals in her side’s 17-0 demolition of Hibernian and another hat trick in the 5-0 Super League victory over Mgarr, Losa appeared a star on the rise in European football.
Born in Southern Ethiopia, all time highest scorer of Ethiopian women football Losa leads the way to the likes of Women Player of the Year Senaf Wakuma to follow suit sooner.