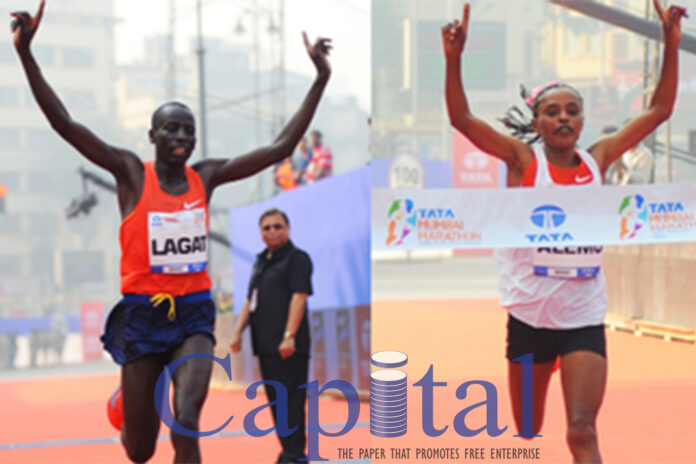 Defending champions Worknesh Alemu and Cosmas Lagat are returning to the Tata Mumbai Marathon, a World Athletics Gold Label road race, on 19 January.
Ethiopia’s Worknesh Alemu upset the pre-race form book in 2019 and won in Mumbai in a personal best of 2:25:25, which was also the second fastest winning time in race history. She improved her best to 2:24:42 later in 2019 when finishing sixth at the Amsterdam Marathon in October.
Worknesh heads a very strong women’s field that has eight women who have run under 2:28:00. The fastest women in the field is another Ethiopian, Amane Beriso, who had a stunning marathon debut when she ran 2:20:48 for second place in the 2016 Dubai Marathon, She took a break from competitive running last year so it will be interesting to see what form she can bring to her first race in 15 months. All the leading women will have as their target the course record of 2:24:33 set by Kenya’s Valentine Kipketer in 2013.
Kenya’s Lagat won 12 months ago in decisive fashion when he broke away from the rest of the leading pack around 29 kilometers into the race. He was out on his own over the final 13 kilometers, almost a third of the race, before crossing the line in 2:09:15, the second fastest winning time in race history.
The four fastest men in the field are all Ethiopians, led by Ayele Abshero who has a personal best of 2:04:23 and although that time came almost eight years ago, when he won the Dubai Marathon, he showed that he is still a very competitive runner at the highest level by taking second place in the Hamburg Marathon in 2:08:26 last April.