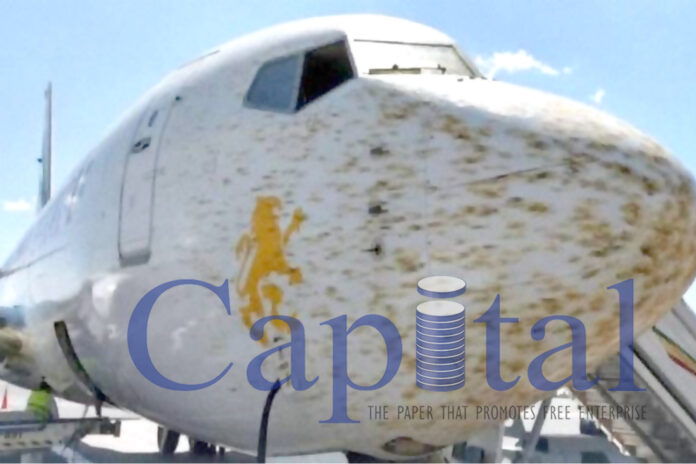 A severe outbreak of desert locusts is wreaking havoc in Ethiopia, posing a threat to rural food security. The epidemic has travelled throughout East Africa, destroying crops and pastures in Ethiopia, Somalia, parts of Sudan, Eritrea and Northern Kenya. According to the UN’s Food and Agricultural Organization (FAO) this outbreak is the “worst situation in 25 years”.
A report by the Intergovernmental Authority on Development (IGAD) stated that eastern Ethiopia has been severely affected by this outbreak. The highest concentration of locust in Ethiopia is found in the country’s southeast region, with the likelihood of travelling southwest towards the Kenyan border and the Great Rift Valley. These conditions are predicted to persist until June due to the “favorable ecological conditions for locust breeding”. Affected countries are being urged to take immediate action and control the infestation.
“Prevention and control measures must be scaled up to contain further spread of the Desert Locust. Countries must act urgently to avoid a food security crisis in the region” said Workneh Gebeyehu, IGAD’s Executive Secretary.
According to the report, in a day, an average swarm can destroy enough food crops to feed 2,500 people. Journeying with the wind, swarms can cover 100 to 150 kilometers in one day; a single swarm can consist of 150 million locusts per square kilometer.
“‘The locust is making the bad food security situation worse in the sub-region, exacerbating the existing dire food insecurity and malnutrition in the sub-region,” said David Phiri, FAO Sub regional Coordinator for the Eastern and Representative of the African Union and the United Nations Economic Commission for Africa.
The affected areas continue to grow with IGAD reporting that the swarm is likely to appear in northeast Uganda and southeast Sudan. Of the nearly dozen existing locust species, the desert locus is the most dangerous. According to IGAD’s report, they span 16 million square meters across twenty countries between West Africa and India.
The impact of these pests goes beyond agricultural devastations, on the 9th of January 2020, an Ethiopian Airlines B737-700 flight from Djibouti to Dire Dawa was forced to land in Addis Ababa after the plane’s engines, windshield and nose were bombarded by a swarm of locusts.
The recommendations made by IGAD to curtail this plague include increased ground surveillance for early detection, increased use of wind forecasts, aggressive targeted aerial and ground spraying, immediate mapping of current invasion and forest trajectory and the use of local radio to educate citizens on early detection and encourage them to report any incidences. As this eruption is a serious threat to crops, immediate survey and control operations must be taken, the report stated.