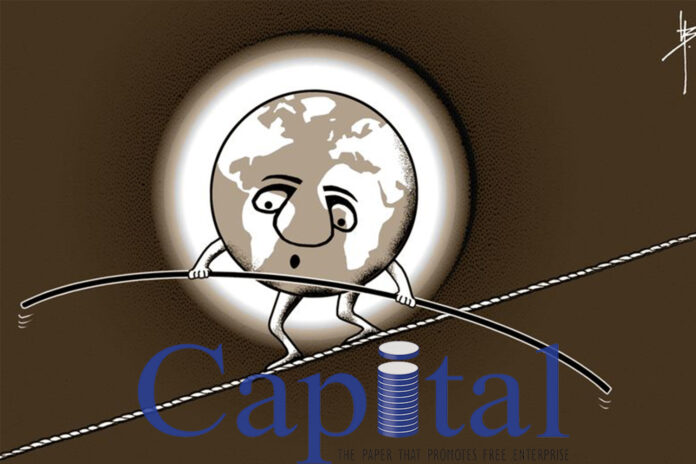 We think a full century gives a safe space in time for sober reflection. After a century of topsy-turvy existence/experience the world system is as vulnerable as it was in 1920s. One would expect the global system to have fortified itself with mechanisms to withstand or mitigate the cyclical disruptions associated with its internal dynamics. By now, critical issues such as business cycles, credit cycles, etc. should have had their respective antidotes in place for all eventualities. Instead, the system daftly pushed unsustainable arrangements that are, once again, pushing the whole global economic order towards the precipice. Unlike the 1920s however, the impending disruptions (economic depression, wars, etc.) of the 2020s promise to be potential game changers!
The previous globalization that gave us the roaring 20s (1920s), to use a popular phrase in the west, ended up creating a severe depression, the so-called Great Depression. The price paid to extricate the system from its self-inflicted misery was huge, to say the least. Besides the massive destruction of material wealth, over fifty millions humans were scarified. Whichever way one slices it, WWII was effectively employed to resolving one of the major cyclical downturns (Kondratieff winter) of the world capitalist system. Post WWII saw the emergence of new regulations on capital. The objective was to bring a more balanced arrangement between capital and labor. This political project was later called ‘social democracy’ or in the lingua of economics, the ‘welfare state’. For over thirty years the system functioned as planned, thereby managing to pacify the contention between the two historical antagonists. In the latter part of the 20th century the system was caught up, yet again, with the old issues of over production, diminishing returns, declining profits, etc., To overcome these natural trends of world capitalism, the managers of the system started to employ ad hoc methods to save the established peace. Beginning with the abandonment of the Bretton Woods Agreement (‘gold standard) the status quo decided to heavily indulge in the massive credit creation across the planet. This brought some respite to the system.
When the above ad hoc strategies start to run out of steam, capital took a more aggressive posture against labor. The demise of the ‘socialisms’ gave impetus to capital’s pointed moves, just as the rise of socialism in the early 20th century helped the formation of the welfare states after WWII. In late 20th century, the reigning global plutocracy endorsed neoliberalism (market reigns supreme) as the designated overarching ideology of all nation states. Before long, globally entrenched interests started to promptly dismantle the concessions that were conceded to labor in the ‘golden years’ of the system (1945-1970). The ‘deep state’ was given the overall task of overseeing the global implementation of neoliberalism. To this end, new institutions like WTO, global media, etc., were set up and old ones like the universities were thoroughly reformed to blunt out critical inquiries. Others deemed too dangerous were completely discarded. The result is a stranglehold of transnational capital over all humanity! The rest is history! Today, unlike the 1920s, the ‘specter of socialism’ is not palpably threatening the global order. This reality has encouraged the global parasitic classes to engage in blatant criminal activities with impunity!
Like the 1920s the world system is again facing a serious existential threat. By any measure, this world system proved to be resilient and robust. Its capacity to dynamically construct, deconstruct and reconstruct is legendary (Samir Amin). This time around, however, there are secular trends that might seriously undermine its very ethos! For a start, cheap energy is no more, establishment rhetoric aside, including ‘the paid sciences’, compliment of crony capitalism. Planetary sinks are clogged, without any real possibility of de-clogging (pollution, etc.). Some of the critical renewable resources are being depleted beyond the capacity of the natural ecosystem to replenish them (top soil, fresh water, fish, etc., etc.) Besides the above, dwindling human population (except Africa), relative to global installed capacity, industrial or otherwise, (to say nothing about affordability) has become a major challenge. But without continuous growth, i.e., unsustainable consumption, the global economic system will come to a screeching halt. Strangely enough, it is industrialization/urbanization that has proved to be the most effective means of population control. Paradoxically, successful capitalism (OECD) has not been all that friendly to the natural phenomenon of procreation. Therein lies the rub! Going forward, crony capitalism’s political manifestation might even be worse.
“The major western democracies are moving towards corporatism. Democracy has become a business plan, with a bottom line for every human activity, every dream, every decency, every hope. The main parliamentary parties are now devoted to the same economic policies – socialism for the rich, capitalism for the poor – and the same foreign policy of servility to endless war. This is not democracy. It is to politics what McDonalds is to food.” John Pilger. Good Day!