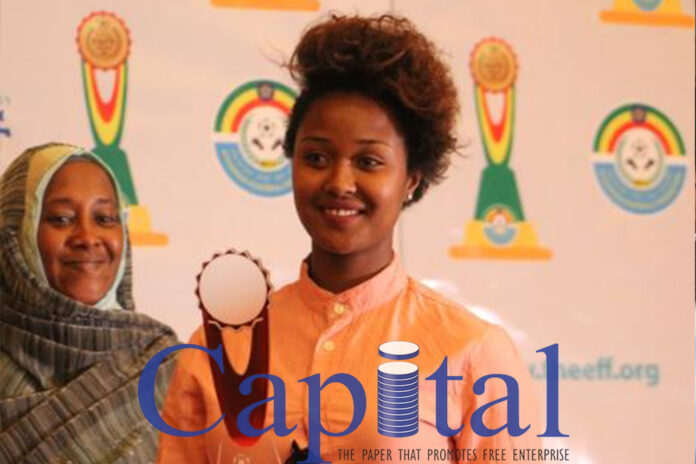 LIST
Goal profiles our top five African women footballers to keep tabs on over the next 12 months; which of this quintet could be the year’s breakout star?
#5 Barbara Banda (Zambia/Logrono)
The 19-year-old scored eight goals in 17 outings to rescue her side from top flight relegation last season, and has continued from where she left off to hit six times in 10 matches this term and inspired the Copper Queens to the final stage of the Tokyo 2020 Caf Women’s Olympics qualifiers. It’s the first time Shepolopolo have reached this stage.
#4 Losa Abera (Ethiopia/Birkirkara)
Abera is emerging as one of Africa’s hot prospects and is currently the most decorated Ethiopia female player.
She regularly hit double figures on domestic outings in Ethiopia before leaving Adama City for Maltese side Birkirkara, where she has scored an extraordinary 22 goals in nine appearances in her maiden professional season in Europe.
She scored three goals during the Tokyo 2020 Caf Women’s Olympic Qualifiers despite her side bowing out in the second round against Cameroon.
With the East Africans seeking a return to the African Women’s Cup of Nations for the first time since 2012, Abera is expected to spearhead their quest and also help Birkirkara to European success in next year’s Uefa Women’s Champions League.
#3 Charlene Meyong (Cameroon/Louves Minproff)
Meyong scored Louves Minproff’s only goal in the final as they defeated Amazones FAP to reclaim the Cameroon Women’s League title in March, before the 21-year-old starred at her maiden Women’s World Cup outing, participating in all four matches in France this summer.
#2 Anam Imo (Nigeria/Rosengard)
The youngster finished as the top scorer in the Nigerian Women’s Premier League, bagging nine goals with Nasarawa Amazons in 2018.
The 19-year-old, who scooped the NFF Woman Young Player of the Year 2018, starred as Nigeria won a record ninth African Women’s Cup of Nations in Ghana and then made her Women’s World Cup debut in France, featuring in all four matches for her country this summer.
#1 Temwa Chawinga (Malawi/Kvarnsvedens)
The Flames young sensation is an emerging Malawian that teams on Temwa shot into the limelight after joining Swedish club Kvarnsvedens IK in 2017, scoring 59 goals in 57 matches, including 35 in 28 games last season.
During her maiden continental campaign with Malawi, the 21-year-old scored six goals in four matches and was named joint top scorer to date in the Tokyo 2020 Caf Women’s Olympic qualifiers.