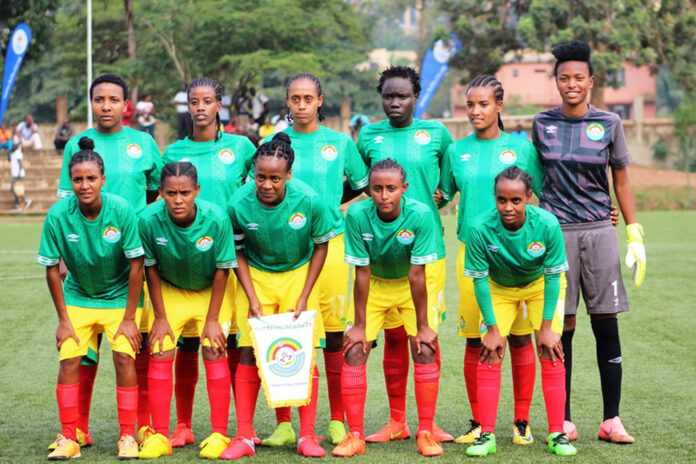 Ethiopian National U-20 Women’s team returned home after a surprise first leg away victory over hosts Burundi. The next qualification two legs match is against strong side Tanzania.
A 5-0 first leg away demolition over Burundi Coach Ferew H/Gebriel’s over achieving side secured a place in the second qualification campaign. Though it was short duration for preparation, the former Dedebit Coach took everyone by surprise in his debut international fixture. “The trick is about discovering your week points and working hard to overcome it” Ferew told reporters after the huge away win.
With Tanzania qualifying to the next round after an aggregate 2-1 win over neighboring Uganda, Ferew faces a strong adversary Tanzania in the second round qualification saga. “We are building a strong squad that could be a readymade replacement for the senior Lucy. Therefore I beg all stake holders to stay behind the team” Ferew remarked in his brief stay with reporters.
According to sources there are some talented new faces in this squad but with little attention from the federation, they will be forgotten once the qualification comes to an end. Let alone the players the contract deal with the coaches is just for few months therefore no one to keep track of the young players’ development. “The so called National Technical committee is nowhere to a close follow-up of the team. They were supposed to visit and give even technical assistance to the team. Forget it they are there only when the team travels out of the country for international fixtures.” A former senior player suggested.