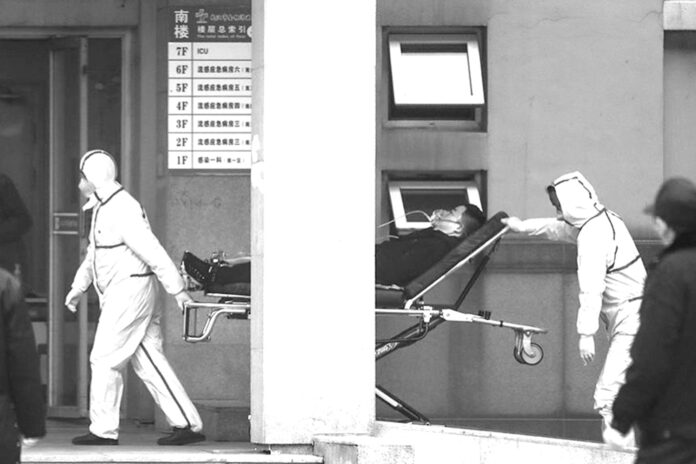 By Ruth Brook
The Ethiopian Public Health Institute (EPHI) announced that screening for the new coronavirus (2019-nCoV) will commence at Addis Ababa Bole International Airport. This is following the recent outbreak of the virus that hit China, which has taken 26 lives and infected more than 900 individuals.
All passengers arriving in Bole International Airport will go through body temperature screening; it was announced at an EPHI press conference on January 24th 2020. Entry points throughout Ethiopia will observe a similar screening process.
Airports around the world have taking similar precautions to curtail this outbreak as they are seeing an influx of Chinese passengers due to the fast approaching Lunar New Year.
The coronavirus can cause mild to severe respiratory illness. Symptoms include fever, cough, shortness of breath and difficulty breathing; it is transferred from animals to humans. The virus appears to have originated in Wuhan, China at a seafood market and continues to spread throughout China. While the majority of reported cases come from China, the United States, Japan, Thailand, South Korea and Singapore have also reported infections.
Ethiopian Airlines currently operates daily flights to China in Guangzhou and Beijing and flights three times a week to Chengdu. The flag carrier also operates daily passenger and cargo flights to Hong Kong Special Administrative Region and Shanghai. Ethiopian Airlines recently announced interest in opening up routes to three more Chinese cities namely Chongqing, Shenzhen and Zhengzhou.
The World Health Organization (WHO) has declared the outbreak an emergency in China but has stated that it is too early to deem it a global health emergency.
What’s the best thing you can do to protect yourself from Coronavirus
The new coronavirus has not yet reached the deadly rates of its predecessors, SARS and MERS, however, the sooner the outbreak is contained the better for countries around the world, say Dr Michael Curry, clinical associate professor, and Marion Koopmans, Dutch expert on animal-related infections.
The deadly coronavirus has claimed the lives of 26 people and infected more than 880 others in China after being detected in Wuhan in late December. The news about the new virus outbreak immediately caught the headlines evoking the memory of the fuss surrounding the African continent’s Ebola epidemic that was later called disproportionate.
Dr Michael Curry, a clinical associate professor at the University of British Columbia’s Department of Emergency Medicine, explains that the Wuhan coronavirus is not something fundamentally new and while one needs to stay alert there’s no need to go into full-blown panic mode.
“Coronaviruses are a family of respiratory viruses, and most of us have had a coronavirus infection at some point in our life as somewhere around 10 percent of ‘common colds’ are caused by members of the coronavirus family”, the academic says, admitting that, unfortunately, some varieties of coronaviruses can be deadly.
Dr Curry recollects that the coronaviruses SARS and MERS (Middle Eastern Respiratory Syndrome) killed 10 and 36 percent of the people they infected, respectively.
“This is a new virus”, he notes referring to the Wuhan coronavirus. “We didn’t know it existed a month ago, so there’s much that we don’t know about it-and some of the things we think we know about it are probably wrong. That being said, we’re looking at a mortality rate around 3 percent”.
The professor elaborates that the virus in question will most likely be “more dangerous to older people, people with other illnesses, and people with a compromised immune system”.
Having said that coronaviruses are spread by droplets, Dr Curry recommends that the best thing one can do is wash one’s hands and avoid touching one’s face to prevent the virus from getting into one’s respiratory passages. While there’s a suggestion that coronaviruses may be airborne, it is still unclear whether the Wuhan virus can be spread that way, he notes.
“The most worrying thing is how fast this virus seems to be spreading”, the academic stresses. “As of today, China is reporting 800 cases but with the virus having already spread to five countries I suspect way more than 800 people have been infected”.
The good news, according to the professor, is that “outbreaks like this usually seem worse at the beginning than what they turn out to be”.
“When the H1N1 pandemic swine flu virus first appeared in Mexico in 2009 initial reports were horrifying. Figures of 50 percent mortality were being tossed around… [However], the overall mortality rate of that virus ended up being well under 1 percent”, Dr Curry underscores.
Marion Koopmans, DVM, Ph.D., an expert on animal-related infections (zoonoses) at the Erasmus Medical Centre in the Netherlands, praises China’s capability of detecting an endemic in its early stages, and containing outbreaks of diseases while they are still small.
“China through its surveillance of pneumonia was able to detect this outbreak and find the cause in a very short period of time, which shows how well their surveillance works”, she recalls. “It also shared the first information on the virus which helped other countries prepare. That is why cases were detected in travellers to other cities in China and in other countries”.
Commenting on the origins of the new virus she notes that it most likely came from bats but possibly from other animals, at a market in Wuhan.
According to Koopmans, it still needs to be determined how exactly the infection spreads and “how easily it does that”.
“It is clear that in some situations the virus can be transmitted between people and there is concern that the virus can spread further when the holiday season starts”, she notes. “Some cases have been detected in travellers from Wuhan. From what we know so far, we know that people infected can have mild disease or more severe illness, with pneumonia that in some cases can be fatal”.
While ten cities in China’s Hubei Province officially announced the suspension of transport connections over the virus outbreak, the World Health Organisation (WHO) reported Thursday that it was too early to declare a global emergency over China’s coronavirus (2019-nCoV).