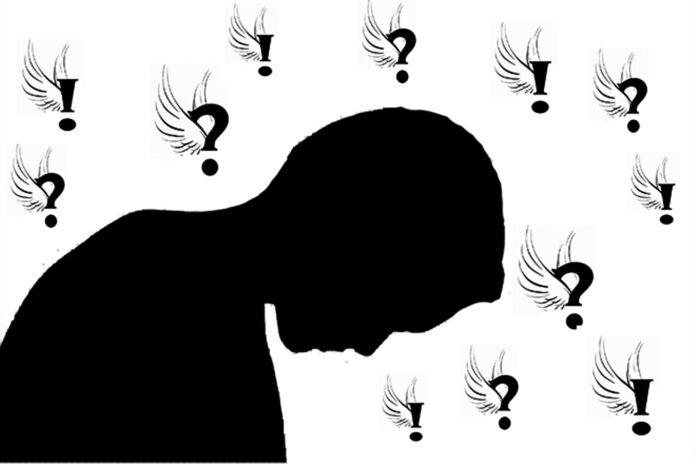 As humanity moved to increased complex organizational setups, mostly due to technical progress, the need to establish ground rules to facilitate, amongst other things, harmonious collective social existence became imperative. To this end and through time specialized institutions and structures were created. The proliferation of these entities in turn imposed certain restrictions on society at large, including those of individuals. For instance, individual rights (‘freedom/privacy’, etc.) had to be tempered to give way to the higher values of the common good. Unfortunately, at this late stage in the world system the above individual rights as well as the general ‘well-being’ of the community (work, health, etc.,) are being undermined seriously by the reigning global order. Result; leadership across the board fell in the hands of criminally inclined psychopaths!
The pillars of social existence, both physical and institutional that once led humanity to ‘development’ are being aggressively discounted, compliment of an alienated status quo. Detached from organic real life, material, spiritual, cultural, etc., the global ruling classes of the decaying world system continue to pursue projects that have no clear vision about the future of humanity or the planet as a whole. Societies led by such psychopaths have become willing victims of the blindly pursued universe that goes by the name the ‘techno-sphere’! See the article next column and others on pages 33, 36 and 38. The once revered cultural values of humanity that solidified all-rounded progress, via the instruments of honesty, sincerity, probity, etc., have all been impoverished, improvised and bastardized. This is because such human values are anathema to the simple logic of the techno-sphere. We give one clear example. The more intense the techno-sphere, the less the procreation! No OECD country (where the techno-sphere dominates) has a fertility rate to replace itself! This is probably the most devastating indictment against late modernity, which blindly worships the techno-sphere! Unfortunately, our ruling simpletons don’t seem to realize the fundamental challenges inherent in the techno-sphere; and the attendant consequences impacting both humanity and nature. Result; a world moving towards the precipice, without any capable leadership to give guidance!
The accelerating dehumanization of the world is reflected on many fronts. Lies tend to dominate politics, economics, etc., etc. Truth based activities, including the very sciences that once led humanity to enlightenment are being subjected to the whims of the politicos. The real sciences behind all major issues (nuclear power, climate change, soil erosion, species extinction, space exploration, WMDs, etc.) are all being used, in one form or another, to sustain the existing lopsided arrangement between transnational capital and humanity! In late modernity, all laws developed throughout the centuries have started to lose their significant imports. Today it is the mechanistic façade of the law, i.e. its legalistic aspect that is driving the proliferation of global rules and regulations. Justice as the real essence of the law is being undermined significantly! The strategy of the global status quo is to make laws to facilitate the expansion of capital. If capital doesn’t expand, it will die or expire. For example, the WTO was established to undermine all human (hence necessarily natural) reactions against the unlimited expansion of capital, which fuels the techno-sphere monster! Here are interesting reflections by an authority on the subject.
“THE TECHNOSPHERE DOESN’T particularly care whether you live or die, or whether you are happy or miserable. Its goal is to control you and to make you serve its purposes, which are to grow, to control everything and to dominate the biosphere. How it achieves this control is a matter of what is most efficient. If you are one of its faithful servants, then the best way to make you do your job well is to incentivize you-to give you high status, ample pay and lots of perks. But if you are a lowly menial grunt in its service who, unfortunately, cannot yet be replaced by a shiny new robot, then low pay and low status suffice, and destroying your autonomy and self-reliance while fostering your dependency is the key to making you perform. If you are a technologically useless person but harmless-an artist, a philosopher, writer, poet, free thinker-then the technosphere simply can’t see you, because what you do is not measurable in units the technosphere can understand. But if your thinking turns out to be dangerous or harmful to the techno-sphere-because you are someone who tries to break the chains of dependency and to find ways to live outside of the technosphere, or to undermine it in some other way-then it will consider you as nothing less than a terrorist!”
“Last, but by no means least, the advance of technology has produced a human population that is far more helpless and dependent than any human population before, one that is unable to survive when exposed to the elements, or travel long distances on foot, make its own tools, construct its own shelter, clothe and feed itself without outside assistance, treat diseases with substances available from the environment, or teach its children to survive on their own … How will these people, who have been conditioned since birth to expect to be taken care of by a vast industrial machine, respond to suddenly being forced to rely on their own wits and physical strength to survive? How many of them will not even try and simply await a rescue that will never come?” Dmitry Orlov, Shrinking the Technosphere: Getting a Grip on Technologies that Limit our Autonomy, Self-Sufficiency and Freedom. Good Day!