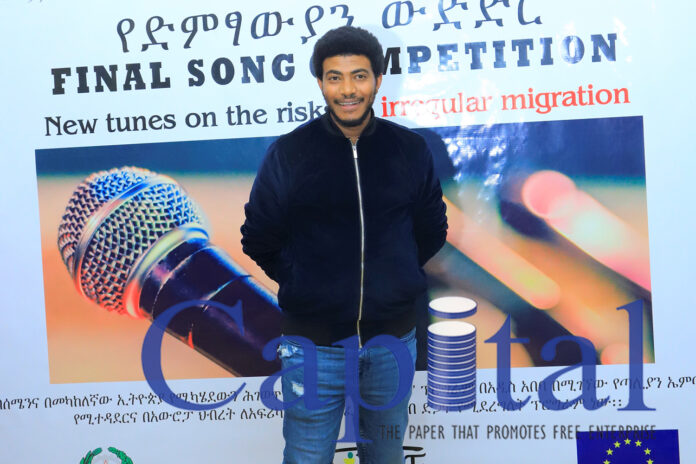 The song entitled “Sidet Lemn” by Dawit Nigatu Demissie, Nuru Umer Adem and Tesfaye Mamo Wendimagegnehu has won the song contest entitled “New tunes on the risks of irregular migration” and was awarded the 1st prize by the Ambassador of Italy in Ethiopia, Arturo Luzzi, during an event which was held on January 30 at the Italian Cultural Institute in Addis Ababa and was attended by 300 guests from the Government authorities, diplomatic community, international agencies, celebrities and general public.
The song entitled “Sidet Lemn” has been selected from a grand jury of artists, from which also the internationally renowned father of Ethio-Jazz, Mulatu Astatke.
The event has been organized by the Embassy of Italy in Addis Ababa in the framework of the “Stemming Irregular Migration in Northern and Central Ethiopia- SINCE” Programme, funded by the European Union. 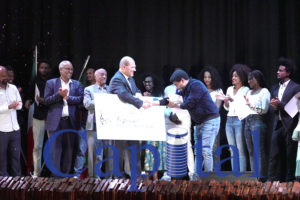