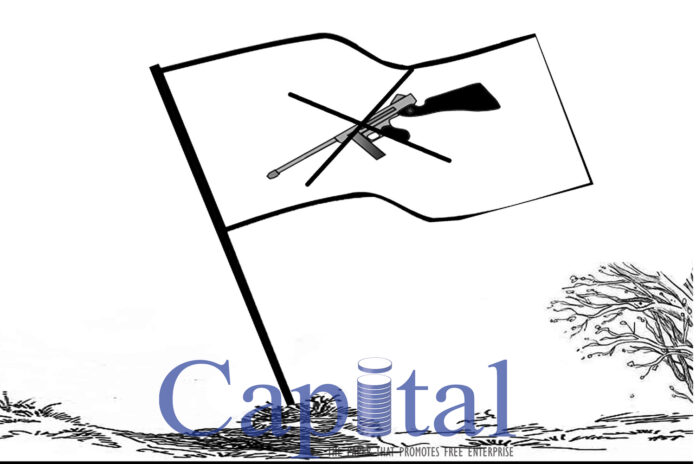 The OAU was an organization set up by flag independent African states in 1963. OAU’s objective was simple and clear. It was to liberate the remaining African nations from direct colonial rule. When that objective was more or less achieved, OAU’s forward mission became vague and even confused. The situation necessitated the setting up of a new organization with clearer mandate. Soon, the AU-the African Union, mimicking the EU was born. Unlike the OAU however, the AU lacks bold and convincingly achievable mission. ‘Bringing Africa Together’ might be a realizable slogan for the likes of Ethiopian Airlines, but converting this motto into actionable programs on a continental level is bound to remain a daunting task!
AU’s catchphrase for the year (2020) is ‘Silencing the Gun’, another utterance of commendable import. It seems AU has a knack for such political jingles. On the ground, however, Africa’s tangible reality is far from the slogan’s aspiration. For instance, the Sahel Region remains highly destabilized; the situation in the two Sudans remains precarious, some central African states exist only in names. The Horn’s condition is unsettling, to say the least, etc., etc. After the ‘humanitarian bombing’ of Libya, the real intention of empire is now quite clear. See the article by the deep state on page 36. Empire’s position on Africa seems to be: No ‘independent’ or ‘sovereignty’ aspiring African state will be tolerated to pursue its own interests/ambitions! To this end, the US Africa Command has established around 70 military bases on the continent. All AU’s rhetorical niceties aside, Africa is, in actual fact, back on the leash! Recall the Berlin Conference of 1884-85. See Azikiwe’s article next column.
AU is an organization that depends on the powerful states of the world system even for its operational budget. Worse still, the AU has no Afrocentric ideology to help it stir around the sophisticated maneuvering/manipulation of the dominant and oppressive global order. That says a whole lot about the sincerity of the organization as well as the politicos steering it. One must be very clear as to the very essence of the AU. The AU is not an organization that is answerable to the Peoples of Africa! It is an entity set up by the African states for the states! Therefore, putting high hopes on the AU is not really warranted, despite the continuous pontification of its revolving political honchos. Don’t be fooled; the AU structure hardly allows the various voices of the African peoples to be heard. Summits don’t mean much to the people of Africa!
By design or default, AU is a component of global organizations whose main objective is to uphold the interests of transnational capital. The various rules and regulations, norms or mores, be them in trade, investment, politics, culture, religion, sports, entertainment, etc., are all devised to further the penetration of transnational capital in the sphere of Africa’s wholesome humanity. Free trade areas, ‘globalization’, blah blah, are mere institutional tools, effectively employed to disfranchise Africa from its resources! In this calculus, the African sheeple (human mass) hardly matters. Incidentally, the Brexit popular vote, in its core, is also a challenge to the preponderance of transnational capital that has no consideration for the welfare of its human base! See Casey’s article on page 37.
By and large, Africa’s current elites are oblivious to their own concrete circumstances. Many of our elites have no clue as to the consequences of abandoning their own ethnography (history, geography, culture, religion, art, etc., etc.) Self-hate has found, perhaps its highest expression, in certain camps on our continent. In some places our hyphenated elites have transformed ‘self hate’ to an art form. As the overriding lifelong ambition of our current ‘belly thinkers’ is only to impress the old masters, to secure crumbs, the African sheeple must, per force, look for its salvation elsewhere! When the so-called ‘democratization’ was launched in the 1980s, the old teacher had a premonition about Africa’s ‘dependence craving’ elites at the service of empire. He characterized the unfolding situation as ‘The Scramble for Africa Round Two’ (Mwalimu Julius Nyerere)!
What is our salvation? The African people need to set up a loose continental organization at the grass root level, which will be committed to the betterment of the African people in all spheres of existence. These social movements rooted on the nation-states mass organizations should avoid the ‘political party’ format. Political parties are susceptible to ethnic-ized politics, capture by criminal oligarchs, prone to pressures from the rich and powerful states, resource limitations, etc. So far the political party trapping has only brought Africa corrupt megalomanias with myopic visions. To continue depending on our highly compromised states will only facilitate the entrenchment of misery and dissatisfaction. Our credentialed elites, who are (by and large) irredeemable idiots, (Ivy Idiots-our phrasing; Intellectuals yet Idiots-Nassim Taleb’s coinage) do not have what it takes to salvage our humanity from the dehumanizing trajectory they are programed to pursue. What Africa needs is another crop of leaders in the mold of the old freedom fighters!
Legalistic and choreographed humanity that obtain in the highly industrialized nations of the world system should not be our model. The continuously declining interest in procreation (in all of OECD) is the ultimate proof of the anti-human nature of the prevailing global order. Africa must be the vanguard in the struggle for pro-life and attendant human emancipation, comprehensive liberation! Our still lingering spontaneous humanity must be leveraged to save modern man from his follies. The destructive global matrix that worships at the altar of the techno-sphere must be challenged. We believe this is a worthwhile project that needs to be pursued by all humanity, irrespective of our exaggerated superficial differences!
“Injustice anywhere is a threat to justice everywhere. We are caught in an inescapable network of mutuality, tied in a single garment of destiny. Whatever affects one directly, affects all indirectly.” – Martin Luther King Jr. Good Day!