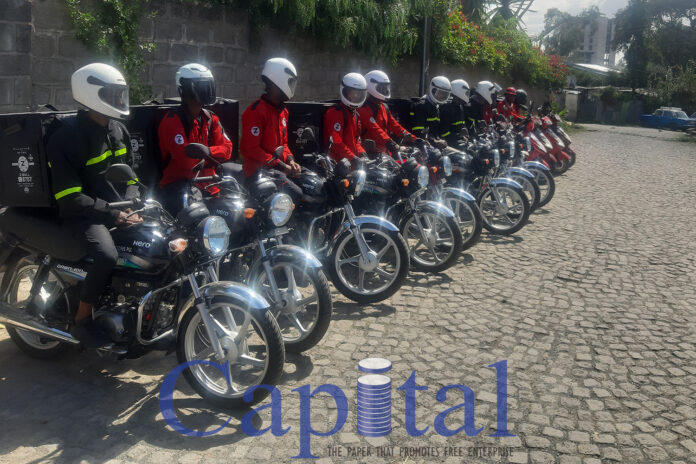 ETTA Solutions PLC (ETTA) announced that it is set to assign 7,800 motor bikes to expand its Z Mall delivery service.
The platform called Z Mall was introduced about five months ago and facilitates a modern app to connect customers with service or product suppliers.
Currently the platform formed under ETTA connects some food chains and supermarkets like Pizza Hut and Shoa and Abadir Supermarkets with their customers.
On the app customers can order any service from the providers and the delivery will be settled by motor bikes that is included under the scheme.
Temesgen Geberehiwot, Managing Director and Founder of ETTA, told Capital that currently under Z Mall 11 companies have registered and provides service for their customers electronically.
Eventhough the platform is launched recently it is expanding and big service providers are showing their interest to enter the platform, according to Temesgen. 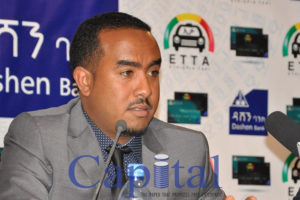 He said that there are several companies on the pipeline to serve their customers under the Z Mall app that makes it simple for delivery service.
“Under the plan businesses including small shops and service providers like cozy restaurants will be available in the app. Unemployed women will also be part of the platform,” the Managing Director explained.
The only precondition for service providers is registration under the platform, while to keep their market standard is up to them.
As per the projection by the end of 2020 the number of service providers using the app will be 750.
The company has already entered 60 motor bikes into service including 20 electric motor bikes.
“In this opportunity we want to play our part to create jobs for youths due to that we don’t want to dispatch our motor bikes. But at the initial stage we assigned some motors but in the future it will be fully controlled by the motorbike owners,” the he said.
“At the current stage we gave the bikes for unemployed youths around our head office area on the framework of long installment and in the future the bike will be their own property,” he said.
According to the Temesgen, the company preferred to use motor bikes since it is cheaper than vehicles for youths who want to start business from the scratch, “it is easy for youths as investment and to settle their credit whether it is secured from microfinance or banks.”
According to the target by the end of 2020 the total number of motor bikes operated under Z Mall will reach 7,800. “It means the stated number of youth employment will be created,” he explained.
ETTA is a company that initially started a meter taxi platform in collaboration with taxi owners and currently it provided several platforms for customers. 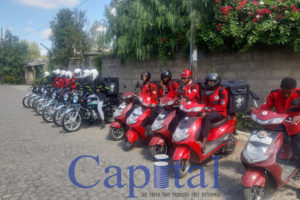 One of the new platforms for the country that ETTA introduced is Shekla Store app, which sells music under an agreement with singers. So far popular singers like Aster Awoke and recently released Dawit Tsige albums have been sold via Shekla as alternative besides other single and album songs.
“It is a new platform and so far we have sold more than 35,000 songs and within few days over 800 albums of Dawit in Ethiopian market has been sold via Shekla,” Temesgen said.
He said that currently the company is negotiating with several singers to release their upcoming albums via Shekla Store. “We use our own inscription technology that shall protect the music from duplication or copy,” he added.
Currently, the company is working with Dashen Bank as financial partner with its Amole payment scheme.
Besides that ETTA has also applied a platform for online sale for concert and football game tickets, which makes it easy than previous trends.