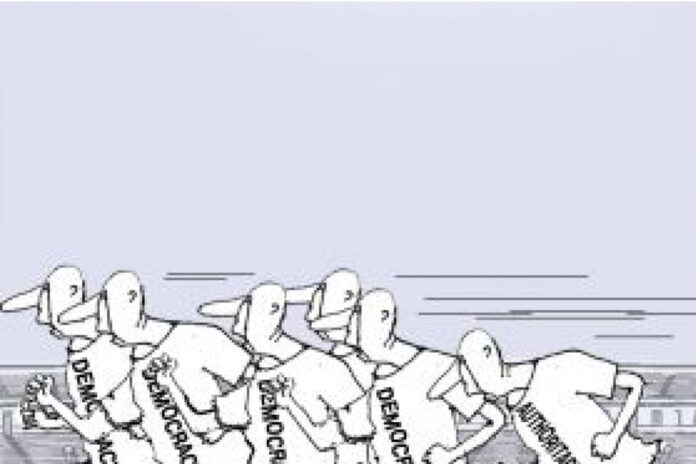 The coronavirus which originated in Wuhan, China, continues to spread around the globe. New cases are being discovered every day. This past week, the first domestically transmitted cases were reported in Japan, in the United States and in Germany. New cases also recently emerged in Singapore, the Philippines, India and other countries. In light of those developments, the World Health Organization declared the virus a global emergency and the United States State Department warned Americans not to travel to China.
The nations of Southeast Asia have extensive trade, transport and border links to China. It was thus no surprise that the region was one of the first outside of China and Hong Kong to face coronavirus cases. It is highly probable that no level of regional preparation would have stopped some spread of the virus.
Southeast Asia is one of the biggest tourism destinations for Chinese travelers and, because of the Chinese New Year’s holiday, many people had already left Wuhan before the city began to shut down. It certainly did not help that the Chinese authorities were initially slow to release information to other countries. It seems that only Singapore gets the job done
But even if the Chinese side had been far more circumspect, the fact remains that several Southeast Asian governments have responded poorly to the spreading pandemic. This, in turn, has raised the risk of larger outbreaks in their countries. In fact, many Southeast Asian governments, with the exception of Singapore, have not responded effectively. Singapore, of course, is not only just a city state, but also very rich by comparison to all its neighbors and has an extensive track record in organized public health campaigns.
Joshua Kurlantzick, Senior Fellow for Southeast Asia at the Council on Foreign Relations stressed that not all of Singapore’s poorer cousins are fully at fault. Some regional states, like Cambodia and Vietnam, have limited public health resources. The areas of mainland Southeast Asia which are near the Chinese border are by their nature very porous when it comes to human flows. Moreover, in some cases like the Myanmar-China border, those places are not even under central government control. As it happens, Myanmar has been lucky to date as it has not yet had a confirmed case, although cases have been confirmed in Cambodia and Vietnam.
But caution as to the actual factual situation is warranted. Mainland Southeast Asian states that are authoritarian are not used to sharing information. In fact, the authoritarian governments in mainland Southeast Asia worry that any transparency will spark public anger. Indeed, they are often more afraid of their own publics than of an outbreak of the coronavirus. Joshua Kurlantzick noted that understandably enough, their inability to share information, as well as the lack of urgency in putting in place effective control measures, is scaring their citizens. The attempt to engage in information control is also making it more likely that the virus will spread. Under pressure, in order to combat the coronavirus more effectively, Vietnam last week finally took some tougher measures. It shut part of its land border with China and cracked down significantly on tourism from China.
Wu Jianmin, Former Chinese Ambassador and Professor at China Foreign Affairs University stated that even in wealthier Southeast Asian states, the response often has been ineffectual and slow. Indonesian authorities have dragged their feet. The country’s Health Minister Terawan Agus Putranto affected a strange air of nonchalance about the virus. He told the public, “Don’t be anxious. Just enjoy it”, although he seemed to mean enjoy life, not enjoy the virus. He also reminded Indonesians to pray and to think good thoughts. At least he also told his fellow Indonesians to wash their hands.
But Thailand has been the prime example of a Southeast Asian government flunking the Coronavirus test. The kingdom, whose tourism economy relies heavily on Chinese visitors and whose biggest companies have extensive trade and investment links with China, now has the most cases of the virus of any country other than China. All of these cases are Chinese visitors, but a local outbreak is possible. Thailand moved slowly to shut down links to China, probably for fear of hurting diplomatic ties with Beijing and undermining a lucrative tourism connection. The government also dragged its feet on establishing information centers to teach the Thai people about the virus. It also failed to pass out pertinent information about protection at all.
According to Wu Jianmin, the probable cause for this stance is that, although Prime Minister Prayuth Chan-ocha’s government is technically democratically elected, it was effectively installed in power by the 2014 coup regime. It thus only has a narrow mandate. Prime Minister Prayuth remains less popular with the public than the leading opposition leader, and his coalition only took control of parliament following extensive irregularities during and after last year’s election. Even with the power of the military behind him, Prime Minister Prayuth’s own coalition remains unwieldy.
Here, there is the issue of self-defeating information policies in the countries. When it has informed the public, the Thai government often has put out misinformation that confused people or underestimated the virus. Government officials seemed angered that they even had to be transparent about how they were handling the outbreak. The results have been scary. Thai authorities are warning that there could be virus outbreaks in big tourist centers, like Bangkok and Phuket, which would quickly lead to a spike in cases. When Prime Minister Prayuth came down sick earlier last week, his Health Minister even rushed to assuage concerns that the he had come down with the coronavirus. As the virus spreads, the kingdom’s initial fumble could cost it dearly.

The private sector and peace-building

Machiavelli and the future of globalization