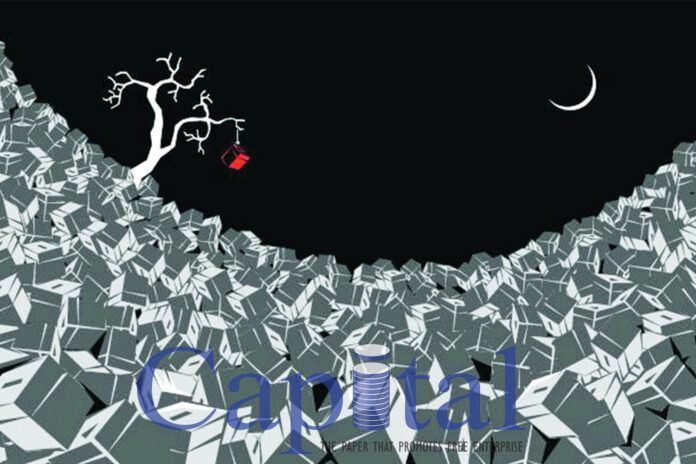 The old Greek words ‘demos’ and ‘cracy’ mean ‘people’ and ‘rule’, respectively. Even though the whole idea behind ‘democracy’ was to have a ‘rule of the people’ in practice substantive democracy has been eluding the world ever since the ancient Greeks coined the word itself! Electoral democracy, as a substitute or a proxy to the ‘rule of the people’, has fallen short of delivering the intended ideal of democracy. Recently, electoral democracy became a legitimate cover to those special interests whose interests are diametrically opposed to the wishes of the people. In late modernity, however, electoral democracy is facing new challenges due to increased awareness of the sheeple (human mass) as well as from advances in the ‘technics’, to use the preferred word of Jacques Ellul, probably the first serious critique of the steamrolling ‘techno-sphere’!
The delegation of real power to elected individuals via ‘electoral democracy’ has proved problematic, particularly after the industrial revolution. Special interests and their parochial pursuits, facilitated by the system of capital accumulation, have been posing protracted problems to the very kernel of democracy. Principles that have been operating outside the sphere of ‘political democracy’ continue to undermine the spirit of democratic rule. For instance, any objection against the dogma of ‘accumulation by any means necessary’ is not subjected to democratic rule, no matter where. For example, whoever gets elected cannot touch the ‘money system’ or can hardly stop the deep state’s operations, etc., etc. Such activities have now superseded the authority of democratic governance itself. Therefore, the question becomes why ‘electoral democracy’, when it obviously cannot deliver what the majority of the people want?
The ongoing French rebellion or what is called the ‘Yellow Vests’ movement is trying to deal with this problematic. In fact, they have gone as far as proposing that certain critical issues must only be decided by the people, not by proxies (elected officials). In other words, ‘direct democracy’ should replace ‘electoral democracy’! For example, why should officials, some of whom are not even elected by the people, decide on wars the can potentially seal the fate of humanity? It is obvious that many of the warmongering politicos do not have loyalty to the people and are, by and large, at the service of the military-industrial complex. Or more comprehensively, one can say many of the politicians in the powerful states of the world system are under the thumb of the deep state (deep state = military-intelligence-industrial-banking-media-complex). In the same vein, one can logically argue that those politicians who vote for wars should be the first ones to enlist!
Another crime of the globally established order involves the finance sector, which by extension means, all economic sectors and activities thereof. This monster is ‘Fractional Reserve Banking’! FRB keeps on destroying, both the world of humans as well as nature. This criminal act of immense proportion is not amenable to modification by democratic choices. Global polarization is fuelled, primarily, by FRB. It is the root cause of massive global disenchantment that is destroying the prevailing globalization and ushering new movements like ‘populism’, extremism, etc. As FRB prints money out of thin air and distributes it to connected cronies in the private sector and to governments, the working stiff gravely and silently suffers from the inflation this printing causes. This economic crime prevails all over the world, from the very poor countries like that of Ethiopia to the very powerful ones of the EU and the USA. Late modernity has transformed the global economic system from productive capitalism to financialism or parasitic capitalism. Financialization is the main mechanism by which wealth is transferred from the working stiff to the criminal oligarchs and their accomplices. Today, no functioning ‘democracy’ in the world can or is trying to stop such blatant abuses. As we never tire of repeating: FRB is the (non-violent) worst organized crime of the millennium! See the articles next column, on pages 36 & 37.
It is now clear that election theatrics is undermining the ethos of democracy in our world system. These recurrent parodies have become quite the entertainment, not only in our parts of the world where caricature is the way of life, but also in advanced industrial countries like that of the USA. It is hoped the 2020 US election will clearly bring out the critical shortcomings of electoral democracy. The capture of the whole electioneering project by powerful interests, though obvious to the initiated, might start to sink in the psyche of the uninitiated. ‘Democracy is the system by which an organized minority governs an unorganized majority,’ Vasily Rozanov (a Russian Philosopher). Here is another one from a Russian-American-Russian philosopher who was exiled back to her ancestral home (Russia) from her adopted country of the US. “Politicians promise you haven before election and give you hell after. If voting change anything, they’d make it illegal.” Emma Goldman. Good Day!