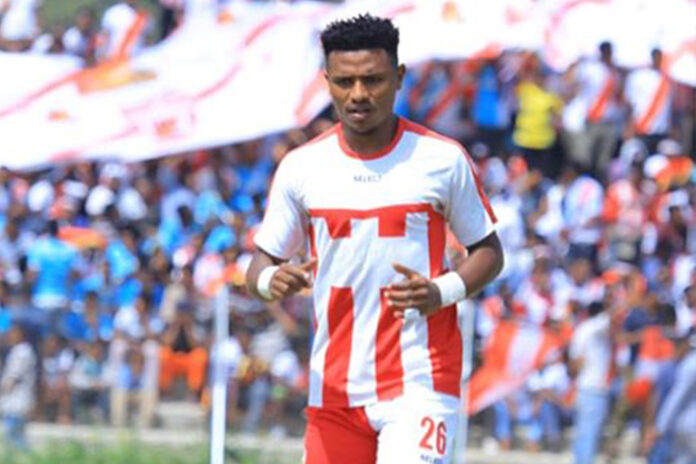 Thanks to one of the most admired goal hunter discovered last season Mujib Kasim, the Gondor based side Fasil Ketema is flexing its muscle to rub shoulders with premier league strong title contenders. Mujib’s goals not only helping his side stay on course but also gave him the right to seat on top of the leading scorers’ chart a way ahead of his adversaries.
An average of one goal per game since the start of the new season, Mujib turned out the most valuable players of The Emperors. Two braids and a hat trick over Diredawa, Mujib scored 13 goals in 13 matches to become the front runner for the top scores’ accolade.
Mujib’s individual brilliancy at the goal mouth made him a one man strike force to Fasil banging in 13 of the 21 total goals tally plus four splendid assists; many suggested that the striker is the real game changer in Seyoum Kebede’s strike force.
According to some supporters that believe Coach Seyoum Kebede’s dependency on Mujib’s goals might not help the team one step up than last season when it finished runner-up to champions Mekele losing the crown at the final stages. “He needs to find an equally productive strike partner to Mujib. Otherwise things may go terrible for Seyoum even before the end of the season” suggested one supporter. “It is to Mujib and the home crowd that Fasil stands strong in the title race so far. Back from a famous away win over Mekele SebaEnderta last week means Seyoum’s away record is to stay strong in the second round” the supporter added.