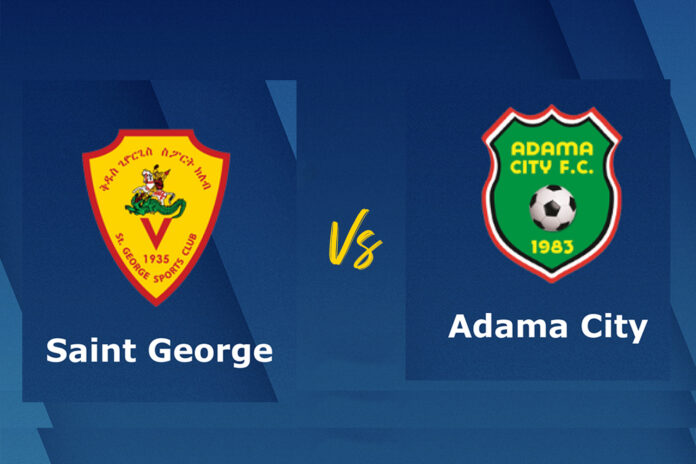 Four wins in a row and at its best ever form this season St George entertains Adama Ketema which is currently in a chaotic situation following the senior players’ demand for their release paper on Monday at Addis Ababa stadium.
Just two draws and six wins in the last eight consecutive matches St George is back in to the league top spot for the first time since the start of the season. A 6-2 home victory over visitors Sidama Bunna followed by 4-1 away destruction of Welwalo-Adigrat in front of its frustrated home supporters, St George is expected to go for a huge victory.
Back from a 3-2 away defeat to Sidama Bunna followed by a shocking demand of release by the three star players: mid fielder Kenaan Markneh, striker Dawa Hutesa and defender Megnot Debebe, Adama Ketema appeared to be in a very difficult time to face St George with a fearsome striker that netted ten goals in the past two matches.
Being in a limbo between club officials and the players, Coach Ashenafi Bekele, appeared to be in a grave situation to decide the future of Adama Ketema once who were among the strongest regional sides in the premier league.
Seven wins, six draws and only one defeat St George tops the league with 27 points while Adama sits ninth with eighteen points from fourteen matches. Scoring twenty two goals while conceding eleven goals, St George is in command of mighty strike force as well strong defense line.