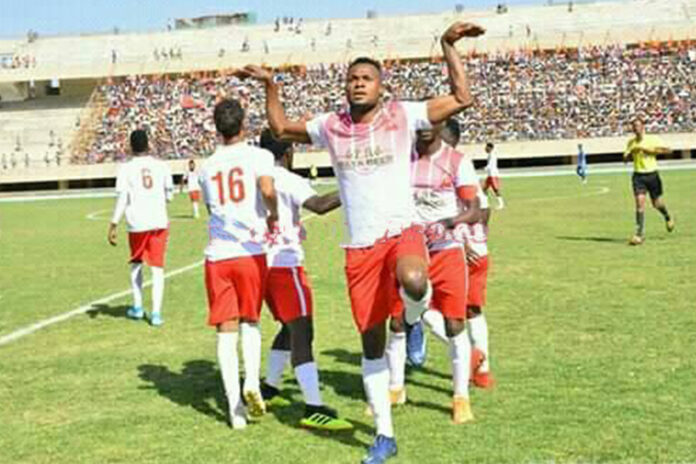 A crucial hat trick to help his side revive from two consecutive defeats to go past visitors Hawassa-Ketma in 5-0 win, Okiki Afolabi heralds his better late than never presence in style.
With goal machine Temesgen G/Michael absent from the roaster for the past seven weeks and missing a spot kick in the two-nil defeat to visitors St George, the Nigerian top scorer Okiki saved the day for Mekele steering the side to five star victory. Mulugeta W/Giorgis with the second and Seyoum Tesfaye’s injury time final nail on the coffin, the day ended in huge celebration for the defending champions.
Though the dreamed strike partnership between Amanuel G/Michael and Okiki failed to come true, the huge victory meant a lot for Gebremedihn and his squad inspiring to become the first regional side to win back to back premier league title.
A brace in a 2-1 victory over Sebeta and the winning goal against Sehul, here comes Okiki catching up the leading scorers’ chart with six goals. The Nigerian is now joint third leading scorer along with St George’ Getaneh Kebede, Sebeta Ketema savior Fitsum G/Mariam and Mekele’s Amanuel G/Michael.
“I am really happy and felt alive after handing my team a much deserved victory at the same time bagging a hat trick in front of home supporters” Okiki told reporters. “I will do my best to win the top scorers’ crown as well steer Mekele for back to back title” Okiki remarked.