The Tigray Region ruling party and the defunct Ethiopian Peoples’ Revolutionary Democratic Party (EPRDF) dominant player, Tigrean People’s Liberation Front (TPLF) celebrated its 45th anniversary with various programs in different towns of the region and concluded the celebration at Meqelle stadium on February 19.
Besides the celebration the region Deputy President and Chair of TPLF, Debretsion Gebremichael (PhD), met with the media to talk about several issues including the anniversary, relations with Eritrea, relations with the federal government, Grand Ethiopian Renaissance Dam and reform agendas set about 18 months ago.
During the press conference he started by amplifying the 45th celebration of TPLF, which he mentioned one of the long existing political entity, which is not common in the country. 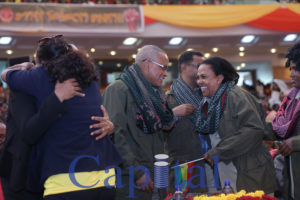 “Several parties were formed but most of them dissolved, while we existed and will continue to exist. In several instances we shaped and reshaped ourselves to adopt new situations and conditions,” Debretsion said.
“The previous value might not be relevant for the current status due to that you have to have new ideas that will help you to continue on the strength,” he added.
“In our country parties or other organizations or businesses will be established but will not be able to exist for a long period,” he said.

“We are not only counting age but it should have values and maturity that educates others,” he explained.
Challenges
The party chair said that since last year conditions that sparks conflict has occurred, meanwhile the regional administration prefers to stabilize the situation peacefully.
“For instance a military convoy was sent to Meqelle Alula Aba Nega Airport last year, which we considered as an offensive attempt to get in to conflict, but by our maturity we settled the case in a calm manner,” the party chair said. 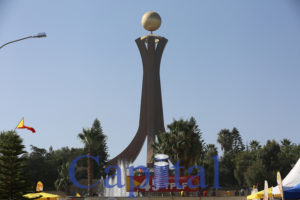 He said that the party doesn’t want the youth to get in to conflict that will return the country back.
“We prefer to bypass the situation smoothly than escalate the conflict plotted on us,” he added.
Regarding peace the region is stable, and rule of law is properly applied in the region, according to Debretsion, while the case in other part of the country is not the same.
“We prefer peace with its own circumstances and problems. For instance even the power transition was held with its own problems,” he said.
Some problems were also observed from the Amhara region including blocking of roads for almost two years, which Debretsion criticized as attempt to spark conflict between the two regions.
Democratically experienced countries did not come to their current stage without problems and errors in the election process but that is changed throughout time. “For instance blacks, poor or women were not eligible to be elected or to vote but that is changed throughout the year. We have similar stand the election should take place periodically despite problems.”
“Institutionalizing the administration is crucial and that is why we are saying the election should happen,” he said. 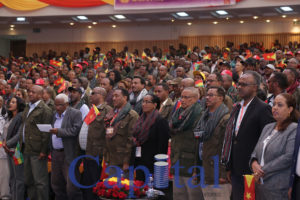 “We are not afraid and we have also a capacity to prevent any military actions. There is no one that can crush us but we prefer institutional leadership and rule of law,” he added.
He said that at the same time everybody should respect each other otherwise alternatives are there.
New committee
“In our letter sent to PM Abiy we have clearly stated why we could not join Prosperity Party (PP). We have our differences on policy and programs like economic policy and others but we have to talk with them to see the way forward,” he said.
To see the way in the future and work together the two sides, Prosperity Party (PP) and TPLF, agreed to discuss further.
For the discussion a committee comprised from both sides is formed. “On our side we have assigned individuals from executive committee of TPLF for the joint committee,” Debretsion said.
He confirmed that as per his discussion with the PM representatives from PP are assigned for the committee. However he does not mention about developments regarding the discussions.
He said that division is a good opportunity to come up with different ideas and views for the country and it should be appreciated.
Reform 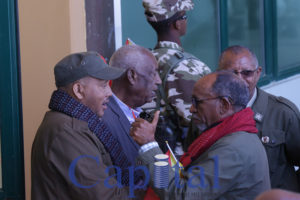 Under the reform that comes after the unrest in Oromia and Amhara regions, opened up the political space, solve the good governance issue by EPRDF. Since then the party undergoes several social, political and economic reforms.
“TPLF is a pioneer to get on detailed changes in the region,” he said. The central government is not going as per the evaluation, he criticized. He said that there is instability in the regions like Oromia and Amhara but “those regions are stated as the spot for the change.”
“Change could not be counted by the amount finance that the country secured from international partners. It might help the development of the country but actual change comes from the grass root level,” he added.
He criticized the refurbishment of the palace saying that there are several issues that have to be changed first.
Since PM Abiy Ahmed came to the premiership he has refurbished the historical palace and opened it for visitors and the palace became one of the hottest touristic places in Addis Ababa after a long time. 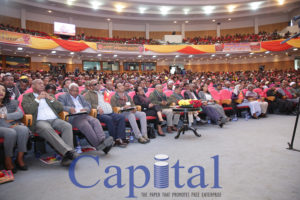 He said that TPLF is running the reform agenda properly including mobilizing scholars from the region and the diaspora to undertake detail studies to meet the expected changes in the region. “Various areas in the economy, social and other points were included on the reform agenda that is studied by scholars,” he added.
“Based on our evaluation that was done some two years back, we have formed 14 committees in the region to improve the public demands,” he added.
“Meanwhile mutual agreement was good and difference is not bad and we can continue under the federal system with other ideas,” he explained why his party declined to be part of the newly established Prosperity Party that included three former EPRDF members and other affiliates from five regional ruling parties.
“We can work together with a difference and that should be adopted,” he added.
Hiding suspects
The regional de-facto president said that there are suspects in several parts of the country that failed to appear in court and not only in Tigray. 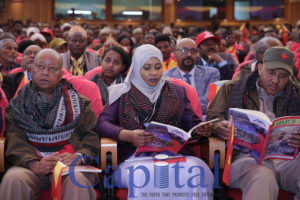 According to Debretsion, suspects “will hide and that is common.” According to the latest information of Office of Attorney General there are four suspects that are hiding in Tigray but “when it is compared with other regions the suspects that are hiding in Tigray are very few” he said.
“But the case of Tigray is amplified and that is politically motivated. If the case was not politically motivated we are not interested in hiding any suspects. We have transferred Kinfe Dagnew, former head of Metal and Engineering Corporation, but they use it for political purpose and released a documentary that is against the law of the country,” he added.
“We believe that no one should hide from the law but it should be equal for everyone and clean from political motives. And other suspected individuals in other regions should be transferred for the federal government,” he underlined.
Eritrea
According to the TPLF chair, solving the soar relation with Eritrea is the initiation of TPLF that was raised and started before PM Abiy came to power and accepted by EPRDF. The tension between the two countries affected the economic condition and growth of the region since the tension would not invite investors to Tigray.
It is not a political maneuver, we want to improve the condition, while the mission should be run by the central government to finalize the peace process.
“We are not a state but the Eritrean president on his latest interview mentioned TPLF frequently, which is improper,” he criticized the President’s approach that threaten the regional security. 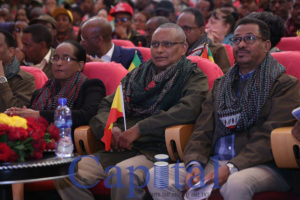 “He is not in charge to talk about the region. It is literally interference in internal issue of a country that should be condemned by the parliament that is what I stated in my speech on the 45th anniversary,” he said. “There is no one who criticized the Eritrean president statement, relevant government body like the Ministry of Foreign Affairs and the PM should give statement on the issue,” Debretsion added.
The issue was not about Bademe according to TPLF head adding, the issue is undertaking the peace process on structural manner. “Since we are applying the court decision there are also a settlement that Ethiopia wants and the settlement process should be inclusive of all relevant sides,” he said.
He claimed that only the two leaders (PM Abiy and President Issayas) are discussing the issue.
Eritrean president has claimed that TPLF resist applying the peace process, while the party leader argued that it is not the mandate of the region. 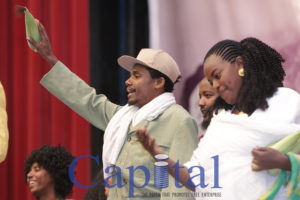 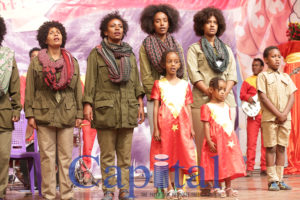