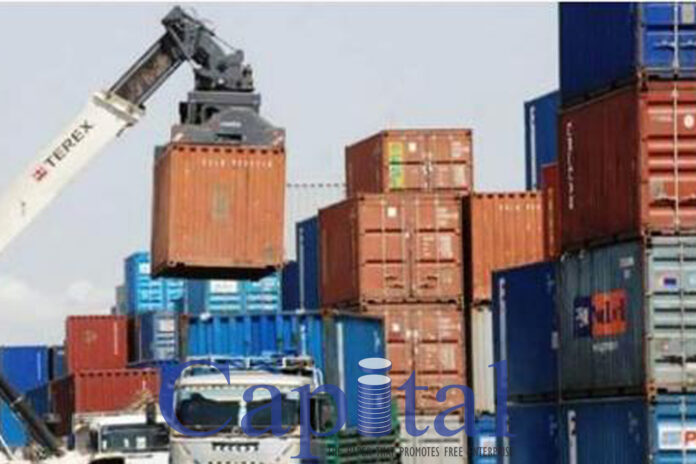 Ethiopian Shipping and Logistic Service Enterprise /ESLSE/ issued a bid to the construction the fourth phase of the Modjo dry port expansion.
As stated on the bid document, the enterprise invited all international construction companies that are equivalent to grade two contractors and above for the construction of the Modjo phase four project.
The phase four project includes, construction of terminal pavement on 2.2 hectare of plot of land, three main gates, access road, container washing and Modjo garage workshop port and terminal construction.
The bid issued on February 12, 2020 is expected to be opened on March 19, 2020.
The dry port in Modjo was established in 2009, located approximately 70Km from the capital. Due to the increased number of multi modal containers arriving in Ethiopia, the dry port was forced to begin operations without construction being completed.
The expansion to the port was started in 2010, the first phase of the expansion was done by the Ethiopian Water Works Corporation which was completed in 2012. The expansion includes increasing the holding capacity to 5000 more containers as well as developing infrastructure like access roads, electricity and drainage systems with 254 million birr finance. Following the completion of the first phase, the second and the third phase of the project were followed that include the construction of a containers’ terminal, the digging of two deep water wells, construction of additional stores, a heavy truck terminal, an alley, and gas stations, as well as other structures.
According to Ashebr Nota, Communication Director at the enterprise, for the previous three phases of the expansion the enterprise has financed 1.5 billion birr.
Modjo Dry Port is one of Ethiopia’s eight operational inland dry ports along with Qality, Semera, Meqelle, Dire Dawa, Gelan and Kombolcha and Woreta dry port the recent joined port. These ports have an installed handling capacity of 22,000 containers.
Modjo Dry Port works with two systems known as unimodal transport and multimodal transport, and it is the only multimodal service provider in the country. As it is the principal port in the country, the government and development partners are working to expand the facility. The World Bank has pledged a 150-million-dollar loan to expand Modjo Dry Port.
The port has a railway system with a capacity to move 3,500tn of cargo on a single trip. The train can make two trips a day to Djibouti, while truck transport takes more than four days for a two-way trip. As the largest port in the country, Modjo Dry Port handles more than 70pc of the nation’s imports.