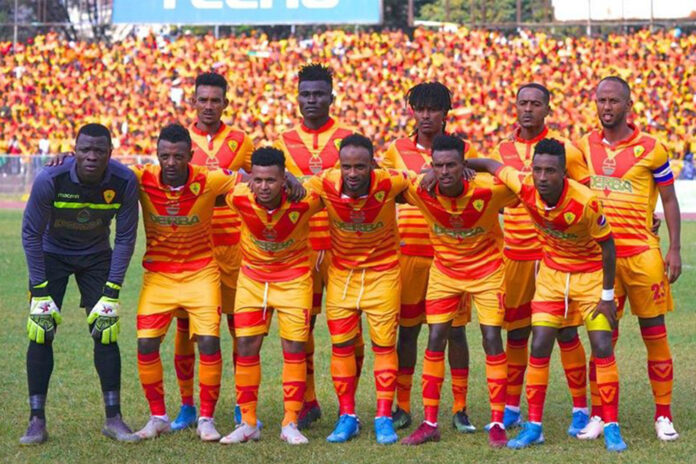 A single defeat, seven draws and seven wins, St George finished on top of the premier league at the end of the first round followed by Fasil Ketema and Mekele respectively. Diredawa, Welwalo and Hossana Ketema are down in relegation zone.
A slow start following the arrival of the Serbian Coach St George recovered in time riding up the ladder to claim the driving seat two points clear. Scoring twenty-two goals while conceding only eleven, the record champions appeared to have an extra energy to roar back in to championship title after a disappointing two seasons.
Second place Fasil Ketema’s home record is intact. Twenty six points from seven wins, five draws and three defeats, Seyoum Kebede’s team is second with 26 points followed by the defending champion Mekele with 25 points. The two sides are considered teams that could mount a strong title contention against St George.
Though the point difference between bottom of the table and ninth place Wolkite Ketema is just six, Diredawa, Welwalo and Hadiya are the three relegation threatened teams with 17, 16 and 13 points respectively. Hadiya has already appointed Tsegaye K/Mariam in place of Girma while Diredawa and Welwalo yet to make official the replacements to Simon Abay and Yohannes Sahle.