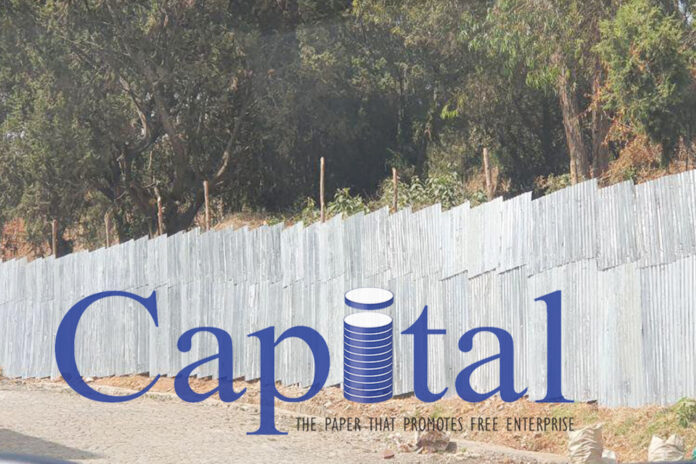 A couple of residents of Yeka Hill located around Megenagna claimed that a real estate developer is going to evict them from their plots while having a title deed.
The residents stated that they are threatened by the real estate developer who claimed she has received the land deed for 40,000 meter square at the hill which is well known by its luxury residential houses.
They argued that they have legal document for their plot and the rest of the empty plot is green area covered by trees.
According to the residents Birhan Goh Real Estate owner Tsehay Bogale, verbally told land owners that 17 plots are included under her development title deed, even though they have title deed and construction permit to develop the area.
Samuel Ahmed, one of the 17 land owners told Capital that about four months ago he secured construction permit from Yeka Sub City and commence construction immediately to erect three floor residential houses but on the footing stage he is ordered to suspend to construction.
“Getting construction permit has several preconditions including soil test and selection process after this long process we have secured the permit and commence construction but within one month that is about three months ago the sub city wrote a letter to halt the construction,” he said.
The letter issued in October 2019 by Yeka Sub City Land Banking and Transferring Office and Capital obtained indicated that the construction on the plot should be suspended as per the order from the Land Development Management Bureau.
“Initially the letter stated that the decision is given to the sub city from the bureau,” Samuel explained his claim. 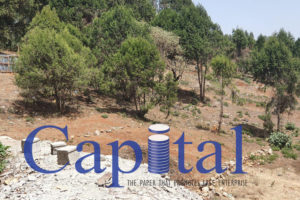 He stated that he has been trying to get detailed explanation about the decision from the sub city which insisted him to claim the case for the city administration, “meanwhile I went and ask for details at the city administration the Land Development and Management Bureau head did not give me any information about the decision,” he expressed his frustration.
A week ago during the meeting of Yeka Hill Residents Association the case was one of the top discussed issues and most of the participants claimed that the case should be filed for Takele Uma, Mayor of Addis Ababa, since their effort to solve the challenge with relevant offices could not brew fruit.
Some of the participants stated that as far as their knowledge the plot that is covered by trees is protected as a green area.
However sources told Capital that the company got a green light from Environmental Protection Authority to clear the trees and also paid compensation for clearing the trees.
Sources told Capital that some of the land owners have been talking with Asfaw Legesse, head of Yeka Sub City, on Friday March 6 at his office. “Meanwhile he accepted the case is unfair he told us that the decision was coming from the city administration that the sub city should implement,” they said.
According to sources the real estate developer claimed that the plot was given for her over a decade ago.
Tsehay Bogale owner and manager of Birhan Goh Real Estate declined to give comments.