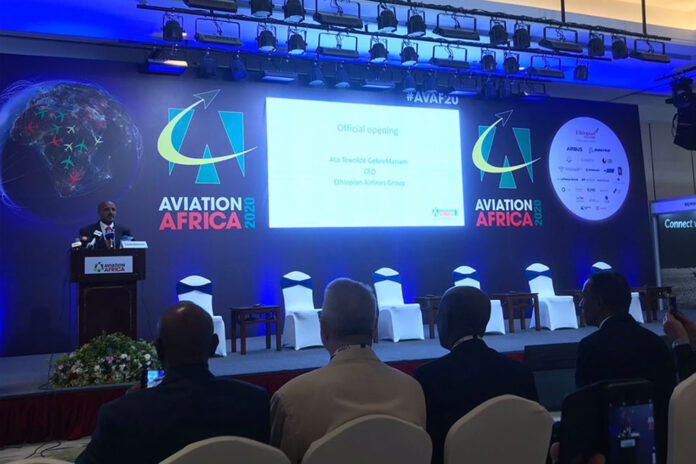 Ethiopia air transport market is expected to expand by 226 percent over the next 20 years.
The International Air Transport Associations (IATA) latest study indicates that Ethiopian air transport and tourism through the air transport will contribute 14.9 billion dollars to the overall GDP of the country by 2037.
The report launched by assessing three different ways of air transport measures impact to the economy; which are jobs and spending generated by the airlines and their supply chain, the flows of trade tourism and investment resulting from users of all airlines serving the country and the other is the city pair connections that makes these flows possible; “all provide a different but illuminating perspective on the importance of air transport” according to the report by the association.
Currently 1.1 million employees are supported by air transport and tourists arriving by air and in the next 17 years the number is expected to be 2.2 million.
The supply chain is estimated to support 1.5 billion dollar of the GDP and spending by foreign tourists supports a further 2.61 billion dollar to the GDP totaling the sector contribute 4.1 billion dollars to the economy which will be 5.7 of the overall GDP. “If things go well and the government continues to support the sector the number will grow to share the 14.9 billion dollar with the annual passengers journey increasing from 7.2 million in 2017 to 23.5 million a year by 2037,” the report states. Africa is the largest passengers flow trough Ethiopian air lines sharing the 60 percent of the total passengers.
The most important benefits from the air transport passengers, shippers and spillover impacts on the business. Economic flow stimulated by good air transport connections is foreign direct investment creating 18.9 billion dollar FDI to the nation.
“The Ethiopian government’s recognition to the air transport is one of the key drivers of the sector to play significant role on the economic growth of the country,” said Raphael Kuuchi, IATA’s special envoy to Africa.
To increase the contribution the report suggests that the government needs to act at least on four focus areas to further and promote aviation growth and bring more value to the country
Implementation of single African air transport market (SAATM) among Africa will provide a significant boost for aviation in Ethiopia and throughout the continent.
To ensure further infrastructures and investments to maximizing the benefits of the sector, the country should increase investments align with industry growth are demand fit for purpose and deliver required service levels at acceptable costs for users.
The other recommendation set by the association is that Ethiopia needs to improve its Air cargo facilities. Ethiopia facilitation to air cargo throughout its customs and borders regulations ranks 86th out of 124 countries in terms of the world wide air trade facilitation index.
“This rank is not bad but it cannot be said good, the government needs to work on it” said Raphael Kuuchi, “by implementing policy facilitation, friction less movement of air cargo, the country will be able to strength its position as a leading Cargo hub in the region”
“If Ethiopia continued prioritization of air transport long with the four government intervention IATA is providing, the association will help the country to achieve the 226 percent forecast growth,” Raphael Kuuchi added.
Tewolde GebreMariam, CEO of Ethiopian Airlines said “our main challenges include the attitude to aviation by African governments. We need support from governments, taxes need to be reduced and infrastructure needs to improve. We depend on aviation to connect ourselves and the world. For trade, business investment and tourism, other modes of transport cannot serve us well, governments have to support aviation.”