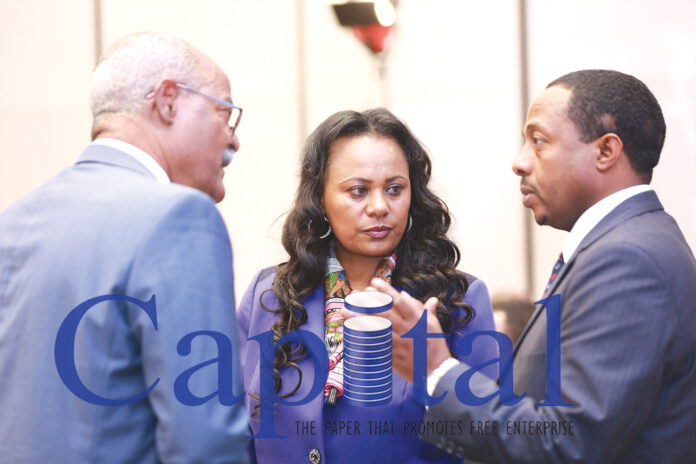 No earthly power will stop Ethiopia from building the dam

Threatening Ethiopia on developing of the Grand Ethiopian Renaissance Dam (GERD) is unacceptable and a waste of time said government officials.
The project that is being constructed on Abay (Nile) river near the boarder of Sudan has become a source of disagreement between Ethiopia and Egypt for the past years.
Though Ethiopia disclosed that the project would not have significant harm on downstream countries, Egypt claimed that the project would affect its share of water without any concrete evidence.
Egypt tirelessly claimed over the years that the project would minimize its ‘historic water share’ without even giving a slightest concern for the people of Ethiopia and their development.
In the latest conditions since Ethiopia rejects the involvement of any external body on the negotiation of the three countries Egyptian media outlets have been disseminating several threatening reports that mock Ethiopia.
On Friday March 13 during a discussion about Abay, GERD and related issues Hirut Woldemariam, Minister of Science and Higher Education, strongly stated that because of Abay Ethiopia is being threatened by external powers.
“Because of utilizing our national natural resource, military warning, refusal to access of finance and enforcing other tactics should be stopped,” she said.
She also stated the treaty that was signed during the colonial era without Ethiopia is a simple fairy tale that Ethiopia will never recognize.
During the week Ethiopian senior military and security officials who paid a visit to the project, announced that the country is fully ready for a full-fledged military response.
A delegation led by General Birhanu Jula, Deputy Chief of Staff and Military Operations Division Head of the Ethiopian National Defense Forces, visited Sudan and met with Prime Minister Abdela Hamdok, who survived an assassination attempt earlier on the week, and other top Sudanese officials.
Seleshi Bekele (PhD), Minister of Water, Irrigation and Electricity, stated on his twitter page on Thursday March 12 that there was a meeting with project stakeholders to look the progress of the project.
“Today, we had progress review meeting with contractors and consultants at GERD site and witnessed rapid implementation. Early generation units, placement of steel and concrete work for 5 additional units going well,” he Tweeted.
The government disclosed that no earthly power will stop Ethiopia from building the dam as per the timeframe that is already tabled.
Gedu Andargachew Minister of Foreign Affairs was also quoted on Associated Press saying “Egyptian water experts and politicians know too well that our dam will not harm their interests. It will only generate electricity and won’t consume any water.”
In recent press conference he said the three countries need to resolve their differences without outside pressure.
On the Friday high level panel discussion Ethiopian negotiators stated that they believed President Donald Trump does not have proper information about the project and previous negotiations.
“We consider that the president was misinformed by Egyptians,” they said.
Experts criticized Egypt and its media outlets on baseless fabricated information about GERD, Abay and Ethiopian side on the negotiation.