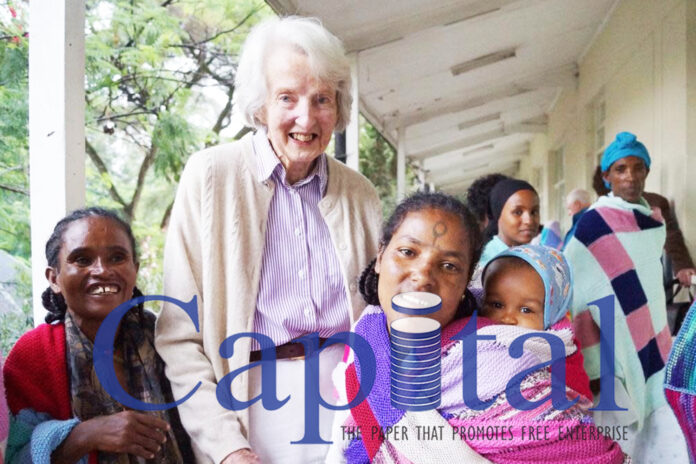 No-one came to meet Catherine Hamlin the day she arrived at a tiny airport in Ethiopia in 1959.
More than 60 years later, the news of the Australian gynaecologist’s death at the age of 96 was met with an outpouring of grief in the country she had made her home.
That is because of the work Dr Hamlin – along with her late husband, Reginald – did transforming and, in some cases, saving the lives of tens of thousands of women who had been cast out of their communities.
Treating obstetric fistulas – a preventable injury sustained in childbirth that leaves women incontinent and can lead to other infections – would become her life’s work.
“These are the women most to be pitied in the world,” Dr Hamlin told the New York Times in 2003.
“They’re alone in the world, ashamed of their injuries. For lepers, or Aids victims, there are organisations that help. But nobody knows about these women or helps them.”
Elinor Catherine Nicholson was born in Sydney in 1924, one of six children. She decided to train to be a doctor because she wanted to help women and children.
After she completed her training, she began work at Crown Street Women’s Hospital, where she met a doctor from New Zealand, Reginald Hamlin.
They were married in 1950, and had a son, Richard, two years later.
But the two wanted to go and work in a developing nation, and one day an advert in British medical journal The Lancet caught their eye.
“It just read ‘gynaecologist wanted in Ethiopia, Addis Ababa’,” Dr Hamlin told the BBC in 2016. It was enough to pique their interest, and the couple applied.
“We felt we would like to do something to help people in the world, because we had had so many advantages,” Dr Hamlin explained.
The idea was to stay for a couple of years. “But we never came back.”
So they set off from Sydney, sending a cable from the middle of the Indian Ocean to let their new colleagues know of their imminent arrival. It didn’t quite go according to plan.
“The cable didn’t get there until three weeks after we did, so there was nobody to meet us.”
But they soon settled in, and it wasn’t long before they began to notice a number of women with a condition they had never seen before: obstetric fistula.
“We were touched and appalled by the sadness of our first fistula patient: a beautiful young woman in urine-soaked ragged clothes, sitting alone in our outpatients department away from the other waiting patients,” Dr Hamlin later recalled to the Guardian.
“We knew she was more in need than any of the others.” 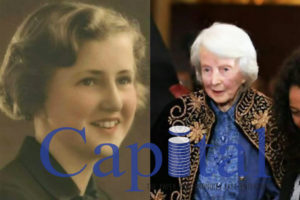 Two million women live with the condition globally, mostly in sub-Saharan Africa and South Asia.
Without help, many die. Those who survive – like the woman in the waiting room – are left with injuries that leave them incontinent, sometimes heavily.
In Ethiopia many were left with a deep sense of shame. They found themselves banished to the outskirts of their communities, abandoned by their husbands. The stigma and social isolation led some to end their lives.
But the Hamlins knew it was both fixable and preventable – as they told Ethiopia’s then ruler, Haile Selassie.
“He said, why do my women get this terrible thing where they can’t control their body waste?” Dr Hamlin told the BBC.
“We said, it is nothing to do with your women, it is to do with your lack of doctors in the countryside when they need to have a Caesarian section.”
Mamitu Gashe was one of the women who Dr Hamlin and her husband treated in the early days, when they worked at Princess Teshai Hospital.
It was 1962, and Mamitu had suffered a fistula giving birth to her first child. It was a three-day labour, and the baby did not survive.
Like so many other women in Ethiopia, she was left incontinent. But she had a sister in the capital, and her family took her to the city to find help.
It was then they discovered the Hamlins’ specialist ward.
“As soon as I arrived there, they treated me with compassion and I started to feel much better,” she told the BBC after she was named one of the BBC’s 100 Women 2018.
“They told me that I was not the only one suffering from this, that other women had this. As soon as they said that, I felt hopeful, I felt so happy.”
But the Hamlins would not only help repair the damage; they also gave Mamitu – who has no formal education – a new career: she is now an internationally respected fistula surgeon, having been taught by the Hamlins.
“I couldn’t read or write,” she explained in 2018. “Everything I knew, I knew from the Hamlins.”
Mamitu was one of the staff members the Hamlins took to Addis Ababa Fistula Hospital when it opened in 1974.
In 1993, Dr Hamlin lost her beloved husband. Faced with a choice to stay or leave, she decided her work was not yet done.
In the following years, the Hamlin Foundation opened five rural hospitals offering healthcare to women, as well as a facility for long-term care patients. Then, in 2007, Dr Hamlin saw one of her initial dreams finally fulfilled: the Hamlin College of Midwives opened.
It is thought the organisation has treated more than 60,000 women for obstetric fistulas over the decades.
But in spite of these successes, Dr Hamlin was still disappointed at how little had been achieved,
“We had one little girl not too long ago, who had terrible injuries,” she told the UN’s World Food Programme in 2011.
“She had been lying curled up for nine years on the floor on a mat. Her mother had been looking after her, thinking perhaps that the urine would dry up. She was in a state of malnutrition, 22kg (48lb), as she was carried on the back of her poor old mother, coming into the hospital.
“She broke our hearts.”
And so, Dr Hamlin continued her fight for the women of Ethiopia to the end.
Last year, Ethiopia’s Nobel Prize-winning Prime Minister Abiy Ahmed handed her a prestigious citizenship award – one of many she was given during her lifetime. Then, in January, she celebrated her 96th birthday. Mamitu was by her side.
“We called Catherine mum, because she is like our mother,” she explained to the BBC last year.
Dr Hamlin died on 18 March at her home in Addis Ababa, the place she made her home. She left behind her son, grandchildren and a dream she wants others to fulfil in her memory.
“My dream is to eradicate obstetric fistula. Forever,” she said.
“I won’t do this in my lifetime, but you can in yours.” (Compiled from Agencies)