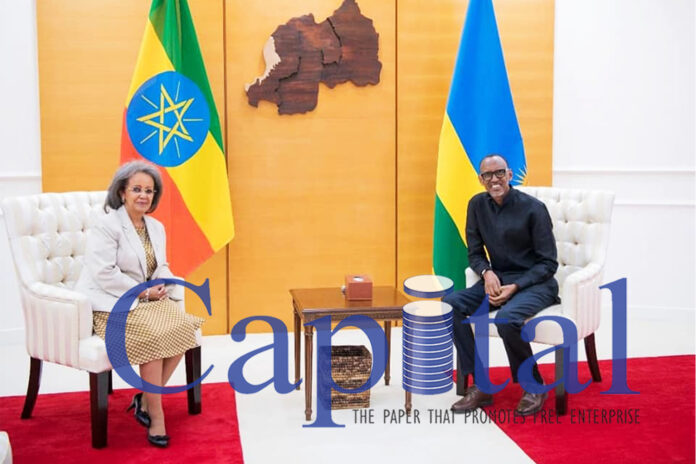 Ethiopia sends high officials to regional countries and partners to clarify its stand on the Grand Ethiopian Renaissance Dam (GERD) and tripartite negotiation on the Abay (Nile) river.
Ethiopia embarked the construction of the biggest ever hydro power project that will generate 5,250mw on Tikur Abay (Blue Nile) some years back.
Since the project commenced the downstream country, Egypt, expressed its concern, despite the fact that the project would not harm the downstream countries, which Sudan agrees.
Ethiopia has also been facilitating comprehensive engagements to address the concerns of the riparian countries since the inception of the construction of the GERD.
To tackle the concerns the three countries Ethiopia, Sudan and Egypt discussed for years, while the negotiation interrupted mainly by many reasons that mainly come from Egypt. Sudan has already given its support for the project officially.
Recently after several months disappearance Egypt expressed its interest to resume the negotiation with the World Bank, to recommence the negotiation that both Ethiopia and Sudan accepted.
However the fresh negotiation is also halted after Ethiopian refused to adhere with the involvement of other parties.
The government clearly expressed its stand by stating that the project is run by local resource in Ethiopian territory and no one would dare to stop it.
It announced that the project that would not have significant harm in the downstream countries will be filled as per the schedule.
In an interview Gedu Andargachew, Minister of Foreign Affairs, stated “Egyptian water experts and politicians know too well that our dam will not harm their interests. It will only generate electricity and won’t consume any water.”
Ethiopia is now drafting its own proposal on how to resolve the standoff and it will be present it to Egypt and Sudan soon, said Gedu.
Ethiopia also wants some other parties like the African Union to observe besides the US and the World Bank.
On the same token Ethiopia has dispatched former President Mulatu Teshome to clarify its stand on the project in Europe.
President Sahle-Work Zewdie also visited Kenya, Rwanda and Uganda, which are also upstream countries.
The joint statements after the president visit indicates that the countries support the Ethiopian stand, which highly insist for cooperation and mutual benefit than accessing the water on unilateral manner.
On her recent meeting with President Paul Kagame of Rwanda, both underscored that cooperation among the Nile Basin countries should be take into account the scientific analysis provided by technical experts.
As Egypt considers the Nile as a survival issue, it has to also acknowledge the natural rights of riparian countries to exploit the resource, Kagame added.
Noting that the Nile issue is an issue for all riparian countries, the Rwandan president called on to solve disputes over the river through Africa-based discussions and negotiation forums, adding that his country is committed to being part of the solution.
Kenyan and Ugandan leaders have also similar stand on the use of the river.