Darrell Boyd has more than 30 year experience in successfully delivering complex projects, developments and investments in the electrical and power sector, in challenging political, economic, community and logistical environments. From an engineering and project management background and having lived in 12 countries across the four continents, this helps bring an astute awareness, economically and culturally, to listen to and deliver stakeholder requirements and measurements of successful project delivery. Boyd has delivered 50 development and construction projects in the Region. He is now Chief Executive Officer of Tulu Moye Geothermal Project, which is the geothermal project in the country. He spoke to Capital about the project he leads. Excerpts;

Capital: What is the potential capacity of generating power through geothermal?
Darrell Boyd: Ethiopia’s potential to the sector is very huge. Ethiopia does have a potential of producing 10,000 mw of power from geothermal. Ethiopia is among the few countries in Africa with a significant amount of geothermal resources, these resources are found scattered in Ethiopia’s rift valley area and in the Afar Depression. 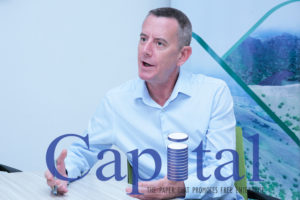 Demand for energy is going to increase and with the increase in population and extinction of non renewable source. More over today the government also supports the resource which is cleaner and do not spoil the environment. Geothermal energy can be made more widely available.

Capital: Tell us about Tulu Moye Geothermal project?
Darrell Boyd: Operations of Tulu Moye Geothermal Project (TMGO), one of the first independent energy company in Ethiopia kicks off drilling on 04 March 2020 at its project site, Tulu Moye geothermal project in the Arsi Zone of Oromia Region, in Iteya District.
This drilling milestone will mark the beginning of the development of 150 MW geothermal power plant in two phases, with an anticipated total investment of USD 800 million and is considered both by the government and project owners as a breakthrough event. By February 2023 the project company looks forward to generating 50 MW on the first phase of the geothermal power-plant. Furthermore, by 2025, the project will generate 150 MW towards the Ethiopian Electricity Grid base-load needs.
TMGO was established in December 17, 2017. The company signed a power purchasing agreement with Ethiopian Electric Power on December 19, 2017, making it one of the first independent power projects in Ethiopia. TMGO is a shareholding company of the Paris based investment firm Meridiam SAS and the Icelandic Geothermal Development Company Reykjavik Geothermal. Tulu Moye Geothermal will continue to work in the coming years with the technical and financial experts in Ethiopia to develop a leading global geothermal industry. The exploration of three wells at Tulu Moye have been partially funded by GRM (Geothermal Risk Mitig)

Capital: Do you think such kind of partnerships can increase the country’s power generation capacity?
Darrell Boyd: The project is to generate and sell the power to the Ethiopian electric power for the next five years. It is the first of the kind in Ethiopia along with other project. It can be said it is one of the means of attracting foreign direct investment in the country, capacity building, expertise and attracting investment. Tulu Moye is one of the first licensed by Ethiopian Energy Authority. The others include Kobati Abaya and Aluto langano.
The Tulu Moye Geothermal project brings the preeminent international geothermal scientists to Ethiopia, including from USA, Iceland & Kenya, in a great example of international and African regional cooperation at its best. The vision of the Ethiopian Government leaders to develop their vast geothermal resources, by partnering with international scientific expertise and private sector financing, has become a reality. 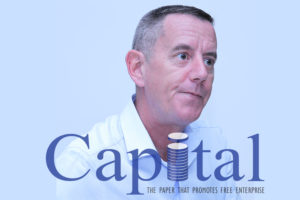 Capital: How do you see investing in Ethiopia? Since you are the first private company operating on the geothermal and the power sector what are the opportunities and the challenges?
Darrell Boyd: May be the current situation of the country can be said difficult to invest, but if you are committed in your job it will be easy, we are operating in Oromia Region which is said to be one of the hardest places to invest because of the current political atmosphere of the country. We may face a little challenge but that can’t even even be taken as a challenge, we have a good relation with the Oromia regional offices and with the people around the village.
For the last twenty five years the government has been doing good work on attracting investment, making proclamation to create the legal legislative and regulatory frame work to allow the private investment in to the sector.
It is quite interesting we are the first, there are some challenges since we are the first and Ethiopia is also new for such kinds of systems. So we are trying to work together with Minister of Finance, Ethiopian Electric Power, Ministry of Water and Irrigation and other stake holders.
It is super exciting to be the first, to set the way and develop the frame work and develop the sector to those who wants to follow, we are going to sell the power to Ethiopian Electric Power governing by the agreement and the geothermal proclamation and the public private proclamation.

Capital: How do you see the geothermal sector as a business? 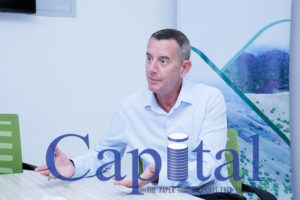 Darrell Boyd: It is a long term profit business, but the profit is good. The sector needs a huge amount of money to start. It needs a lot of work to start the operation.
It depends on the three factors, its demand, supply and its competitiveness among other renewable resources in terms of cost, availability, reliability and so on. Totally it may take up to ten years to be profitable, but it is stable business. It can be made more widely available if the methods and technologies used to extract it are improved.