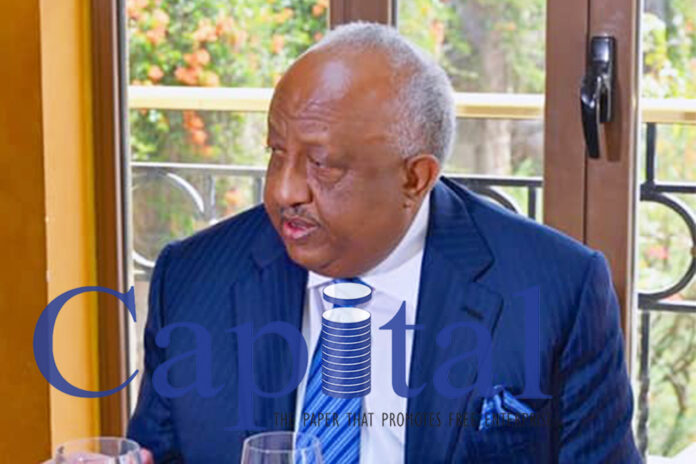 Suspending Serbian coach Srdan Zivojnov along with his coaching staff and the three members’ Technical committee is an absurd major taken by the St George’ high officials if any but Abnet G/Meskel the financial source of the team since the past three decades. Though the decision is said to be from the club’s Board of directors, in reality it is common knowledge that Board Chairman Abnet is the ultimate decision maker.
After all appointing coaches, selecting foreign footballers and scouting potentials is not supposed to be a lay man’s job for it really demands expertise knowledge. But what we are watching in the coming and going of coaches as well players shows that there appears no one capable of selecting the right person for the right job.
Sacking a coach who led the team to first round first place with just a single defeat is something crazy to anyone who follows records. Kicking out such a successful coach who earns 300,000 Birr a month and having eighteen months remaining agreement is not supposed to be just a decision calling for a majority vote. It is a professional duty which St George lacks too much.
The senior players’ pressure in making major decision is what not a style at St George, the first Ethiopian club counting more than eight decades. Earlier before Abnet was the major financier as well decision maker of the club who single handedly driving the club. But now things appeared to be out of hands for the players’ are said to be behind the suspension of the Head Coach as well the assistants who served the team as players as well coaching staff.
What makes the action laughable is that of the appointment of Derje Tesfaye a youth team coach who never has experience even playing at higher level. Suspending a foreign Coach along with his assistants and the technical committee that comprised of former players only to be replaced by someone with little profile means Abnet is no more in full command of St George.