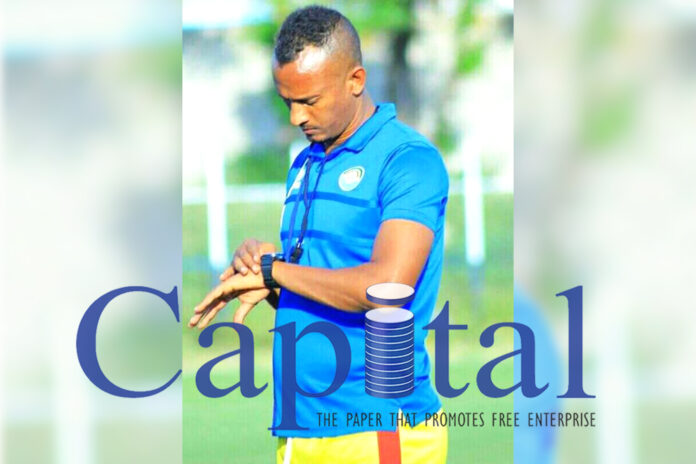 Two months after the sacking of Addise Kassa former Ethiopian national team skipper Mulugeta Meheret is appointed as head Coach to premier league side Hawassa Ketema. Mulugeta signed 18 months contract.
Regarded as one of the best midfielder in recent time Ethiopian Football history Mulugeta Meheret is now in command of twice premier league champions Hawassa currently 7th in the title with 23 points from 17 matches.
Most famous for his disciplinary record having a single yellow card in his 14 years carrier at the premier league, many considered Mulugeta as the best footballer with an intact disciplinary records and pure professionalism. “His humbleness that go along his amazing talent as orchestrating the midfield, helped him stay at the top tier for more than a decade” Alemayehu Assefa told Capital.
Mulugeta, not only kicked-off his footballing carrier but also leading the team to its first ever premier league title before joining St George to add another three titles. Then two seasons with Dedebit he returned to his boyhood side Hawassa to play for a single season before Wubetu Abate the then head coach named him assistant for two seasons. Mulugeta was serving assistant to Ethiopian national team Coach Abraham Mebratu since 2018.
Four Premier league titles, an amazing disciplinary record, a humble personality and above all his sheer professionalism is expected to be a big asset for Hawassa that is currently in critical situation to stay as one of the strongest side in the premier league.
Having such an impressive record and years of experience in Coaching, I hope he will be the man that could bring joy and satisfaction for the region’s flag ship Hawassa” his former team mate Eyasu Assefa suggested.