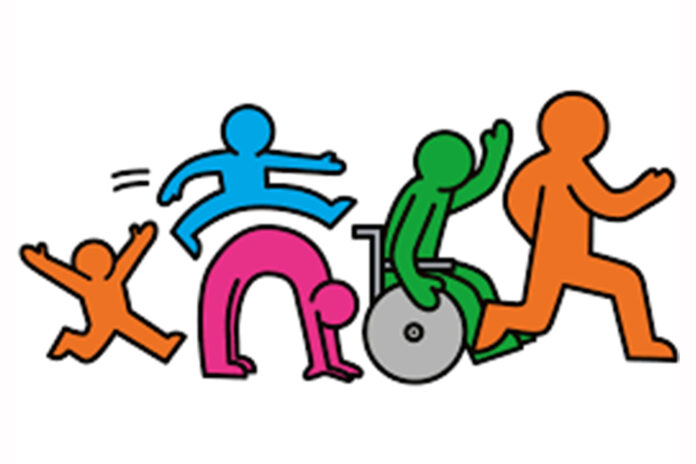 Muscles represent, depending on gender, from 32 to 45 % of our bodyweight at full adulthood. Our body has nearly 650 muscles. Most of them are located identically on the right and left side of our body. While having the same number of muscles, there is a sharp difference between women and men only in size and production of force. There are three types of muscles which are the smooth, cardiac and skeleton muscles, but only the last two are directly influenced by physical activity. Muscles have different shapes and sizes. Our eyes and mouth have a circular shaped muscles, our hands have short muscles. On the front side as well as the rear side of our torso, muscles are large and flat like the chest and abdominal muscles in the front as well as the nape of the neck and the dorsal muscles on the back. Midway between our head and feet, on the back of our body, buttocks/gluteus compose the most voluminous muscles. Long muscles are located on our upper limbs around the arm and forearm as well as our lower limbs. Our biceps and triceps are the long muscles of our upper limbs while the thigh muscles (quadriceps) and hamstrings as well as our calf muscles are the major muscles of our lower limbs. Most of the muscles can be seen because they appear at the surface of the body under our skin and are classified as superficial muscles, but few are deep and can’t be observed visually and can be discovered only after dissection.
When we talk about muscles, two methods describe them: the first is the superficial visual observation called descriptive anatomy and the second is microscopic observation that scrutinizes the internal structure of the muscle. The former observation helps us locate each muscle, its size and shape and finally its action. The latter helps determine the types of muscle fibers, which form the basic structure of all muscles, and their respective proportions in each muscle.
The main role of muscles is to produce force that creates movement. For that, they need the participation of bones and nerves. Bones are useful because they serve as fixing points where muscles are attached by their tendons. Muscles have to crossover a joint and must be attached at the other end to produce movement. Nerves are crucial because they transmit the order given by the brain and command the muscle to contract. This biological synergy is a good example of interaction between different organs in the human body. Bones need muscles to keep the body stand erect, muscles need bones and joints to be attached and produce movement and finally nerves need muscles and vice versa to create diverse types of physical action.
Muscle, observed through microscope, shows many subdivisions. At the base, we find the muscle fibers which are muscle cells that represent the structural base of each muscle. There are three types of muscle fibers which are the Slow, the Fast Intermediate and the Fast fibers. Every human being possesses all of them and scientific observation shows us that there is a difference of muscle fiber distribution between different muscles of one same individual. For example the eye muscles are exclusively composed of Fast fibers whereas the third muscle of the calf muscle, called Soleus, is composed exclusively by Slow fibers. Most of the other muscles have a relative equal distribution of Slow and Fast fibers. But the muscle fiber distribution also varies from one individual to another. The thigh muscles of a sprinter are completely different of that of a marathon runner. When you observe Athletics events, they range from short distances to the marathon race and include different Jumping as well as Throwing events. A close observation shows us that the athletes participating at these different sport activities haven’t the same body size. Sprinters as well as Jumpers are clearly muscular and in their majority long-limbed, long distance runners are slim and finally Throwers have a heavy physical appearance and look stout. The difference in corpulence is essentially due to the fiber distribution.
Let us see the difference between each fiber type. Slow fibers are red in color due to the presence of many blood vessels, thin in size, producing a little amount of force-only 2 grams per fiber unit- and can resist fatigue for a long period of time. The Fast intermediate fibers are pink in color because they have fewer blood vessels than the former, are relatively thick in size, produce 10 grams of force per fiber unit, but can’t resist fatigue for a long period of time. Finally Fast fibers are white in color because very few blood vessels irrigate them, are very thick in size and can produce 50 grams of force per fiber unit, but are immediately fatigable. A simple observation shows us that muscle force depends on size but the appearance of fatigue depends on the density of blood vessels. The more a muscle receives oxygen through the blood vessels, the lately fatigue appears. The distribution of muscle fibers is the main criteria to orient a person to a sport event where he/she can best perform. Field as well as laboratory tests of different types exist to determine the fiber distribution in one person. Field tests, called indirect tests, are simple, cheap and can reach an 80 to 90 % precision by helping classify and orient a person. Laboratory tests, called direct tests, have an absolute precision, but are expensive and need qualified personnel and must be conducted in a healthy environment. As I said in a former article, you will never find an athlete fast as well as enduring. An athlete is either a sprinter or a marathon runner but never both at the same time. You will never find a person called Haile Bolt or Usain Gebreselassie; you will surely meet Haile Gebreseassie and Husain Bolt separately.
Remember Health is Wealth