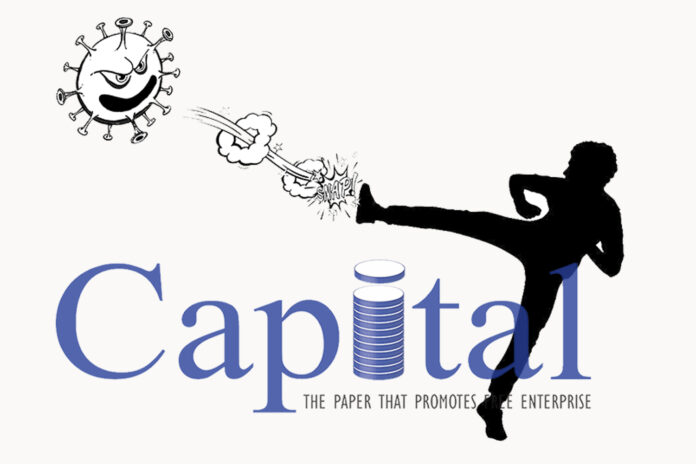 Collective human life is not as durable as many assume, especially when the collective is based on intractable complexity. Complex societies are bound to collapse, as we never tire of repeating. The catalysts that trigger the imminent collapse, catastrophic or otherwise, are not always perceptible/predictable, a priori. Nonetheless, certain tendencies in a complex society can signify impending collapse. For instance, unlike the Mayan civilization, whose collapse was quite swift, the collapse of the over extended Roman Empire was not altogether unexpected. Imperial overreach, bad governance, including grand corruption, utter decadence (of the ruling cliques), food deficiency, etc., amply forewarned the empire’s demise!
When a society reaches a stage where myriad inputs, material or otherwise, (not always readily available) are continuously required to keep it going, it becomes vulnerable to slight perturbations. The more a society becomes complex the more it becomes fragile. The current global system is a very complex animal, to say the least. Therefore, its ultimate collapse is inevitable. What might probably be argued is the timing of the impending demise. In our complex world system, the reigning hegemon is the USA. Whatever happens there will cause repercussions elsewhere. To many enquiring minds, there are signs to indicate collapse is already underway in the womb of the beast, so to speak. In his theory of societal collapse, Dmitry Orlov enumerates five stages. The first stage of collapse is financial collapse, the second, commercial collapse, followed by political collapse, social collapse and finally cultural collapse. The Russian born American stipulates the US might closely follow the template of the late USSR. As to where things are right now in the US is anybody’s guess, but there are ominous signs that things might well be either in stage one or in between one and two!
By the above same token, the current model of ‘Panic Economics’, which has become the economics ‘du jour’, of late modernity, is another sign foreshowing the collapse of the current polarizing globalization. Admittedly, the unwinding process might not be obvious to the status quo and to those foolishly fixated on the invincibility of the lopsided global order. Nevertheless, these are amongst the things ascending powers watch astutely, while the rest of us obediently follow the leader to the precipice. Once there is a clear understanding of the shortcomings of the current global order (by all and sundry), ascending powers become very eager to devise a new system to replace the old. To this end, the new comers seem to be visibly working on a multipolar world that will seriously take into account the interests of all inhabitants of the planet, including other life forms. Entrenched interests the world over, however, will not be willing to change their ways and will continue to uphold the existing polarized world, by hook or a crook! Given the systemic moves that are being coordinated by ascending powers, the reigning hegemon, it seems, is only left with limited options. There are recent experiences to substantiate the claim. For example, situations seem to be changing for the better in ME (Middle East), particularly Syria. The ‘war on terror’ that has been unleashed on the Afghans seem to be on its last leg!.
‘Panic Economics’ can potentially encapsulate the first two stages of collapse, per Orlov. Every time there is an attempt by the market to a correction of the various global bubbles, the bosses of the system stop the move on its track. They swiftly flood the global financial system with phony money, created out of thin air and disbursed to their connected cronies, the world over! What is happening in the OECD today is a classic example of such behavior, rhetoric aside. When such impetuous economic activities become the foundation of the capitalist system, you know the system is finished. In other words, capitalism as we know it, is now dead and buried! Productive capitalism, which was based on delivering goods and services to the demanding public, has been replaced with crony capitalism/ financialization, a good half a century ago. The abandoning of the ‘gold standard’ in 1971 ushered the ascendance of financialization, which has been creating havoc ever since. The current excesses that now pass as stimulus, etc., are completely outside the very domain of capital’s logic. In fact, these actions border the socialisms, national or otherwise! When parasitic global leaders believe they can save the world economy by abundantly printing phony money, you know the future is bleak!.
Here is Trump congratulating the Federal Reserve Board Chairman for his decision to flood the global market with USD 6 trillion of phony money. This figure is equivalent to over a quarter of US GDP! ‘I called Powell and told him he did a good job. I am happy with him. I really think he’s caught up and he’s done the right thing. And I think ultimately we will be rewarded because of the decision he made over the last – he’s really stepped up over the last week.’ Donald Trump. “If $2 trillion in fiscal stimulus was only enough to keep markets afloat for a couple of days, that’s a huge warning sign for what lies ahead,” Marios Hadjikyriacos, a Cyprus-based investment analyst at broker XM. Good Day!