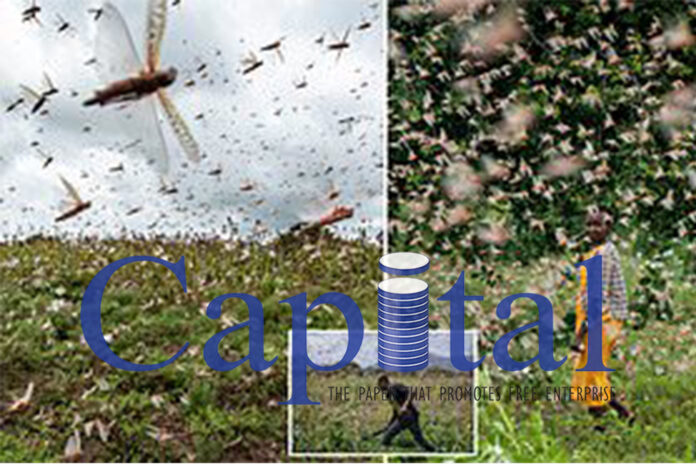 Coronavirus is making it more challenging to eradicate gigantic locust swarms that are wreaking havoc in East Africa.
The outbreak of locusts, which can be carried in component by the wind, has overwhelmed regional officials in various locations — together with Ethiopia, Kenya, Somalia, South Sudan, Uganda and the Congo.
The COVID-19 crisis, which is straining community health and fitness techniques and means in multiple international locations, has additional a new layer of complication to the fight versus the locusts.
“Obviously, the obstacle for the intercontinental local community will be to address the humanitarian needs of various levels of want and competing crises all about the world,” Cyril Ferrand, the Food items and Agriculture Organization’s East Africa resilience staff leader said. 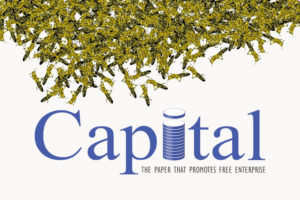 As new cases of coronavirus have been seen in significantly of East Africa this thirty day period, the pandemic also is slowing the shipping of pesticides that can destroy the insects.
“That’s the hazard of the present-day problem whereby we have big requires for guidance, blended with the reality that with covid-19, even the northern hemisphere is really impacted economically,” Ferrand added.
The bugs can absolutely decimate crops and devastate pasture for animals. This is significantly complicated in a region the place agriculture accounts for key part of economic action.
In related development, the Board of Directors of the African Development Bank on Wednesday approved a $1.5 million emergency relief grant to assist nine countries in the East and Horn of Africa on the control of swarms of desert locusts that are threatening livelihoods and food security.
The proposed assistance will be channeled to the Intergovernmental Authority on Development (IGAD), which has been mandated to mobilize resources on behalf of the African Union.
IGAD is collaborating with the UN’s Food and Agriculture Organization (FAO) which is leading coordination of development partner support to provide desert locust invasion control, safeguard of livelihoods and to promote early recovery of affected households in the in the East and Horn of Africa. FAO will act as the Executing Agency for the grant.
The funds will be used to control the spread of the current locust invasion, prevent potential next-generation swarms and to conduct impact assessment and monitoring to enhance preparedness and awareness. A portion of the funds would also be allocated to administrative costs.
The nine beneficiary countries are Djibouti, Eritrea, Ethiopia, Kenya, Somalia, South Sudan, Sudan, Uganda and Tanzania.
Kenya, Ethiopia and Somalia have been particularly hard hit by the outbreak and widespread breeding of locusts that is expected to create new swarms in the coming weeks. The infestation poses an unprecedented risk to livelihoods and food security in an already fragile region and has caused huge damage to agricultural production.
In Ethiopia and Somalia, the outbreak is the worst in 25 years, and in Kenya, in 70 years.
In Ethiopia, the locusts have devastated more than 30,000 hectares of crops, including coffee and tea that account for about 30% of the nation’s exports. Despite government’s interventions, swarms and breeding have been reported in large parts of the country. In Djibouti, over 80% of 1,700 agro-pastoral farms located in 23 production zones are affected by desert locust infestations.
At least 18 of 47 Kenyan counties are affected with more than 70,000 hectares of crops under infestation according to recent FAO reports. Locust swarms are devastating pastureland, maize, cowpeas, beans and other crops despite the government’s efforts to curb the outbreak.
Locust swarms are reportedly also threatening Uganda, Tanzania, South Sudan, Sudan and Eritrea.
Efforts to control the infestations will require around $147 million, of which $75 million has been provided by governments, donors and UN agencies including FAO and the World Food Program (WFP). However, a significant funding shortfall remains.