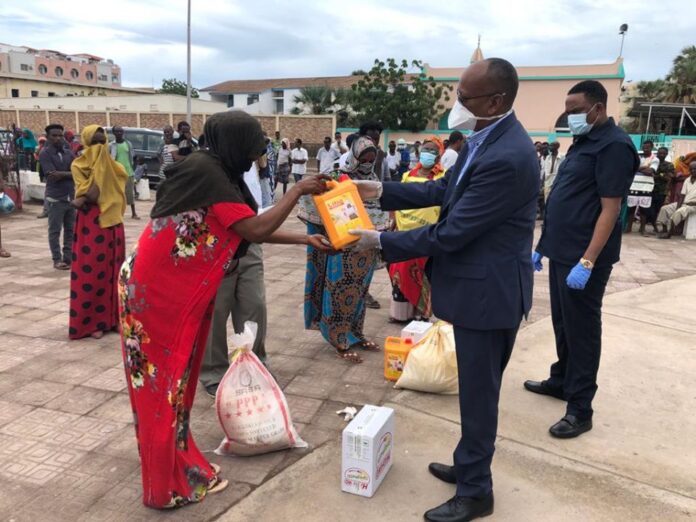 Ethiopian Embassy in Djibouti announced that it is providing direct support for needy Ethiopian community to alleviate the challenges they face due to COVID 19.
The Embassy told Capital that it has mobilized finance from staffs at the mission and other sources to provide support for those in need.
Abdulaziz Mohammed, Ethiopia’s Ambassador to Djibouti, said since the outbreak was announced in Djibouti the embassy was engaged on awareness creation in different platform for the Ethiopian community based in the country.
“Besides that we have been working with different organization here (in Djibouti) to keep the safety of Ethiopian drivers who transport cargo from and to Djibouti, which is the main sea outlet for Ethiopia,” Abdulaziz told Capital.
To control the outbreak the government of Djibouti has lockdown the country that made Ethiopians; most of them are living in very poor condition, vulnerable. “To tackle the challenges on Ethiopian community we have been engaged on mobilizing finance from Ethiopians based in Djibouti and organizations to provide support,” the Ambassador says, adding “the mobilization also targeted the call from Ethiopian government to participate the Ethiopian community in the world to support the country to solve the same problem in Ethiopia.” 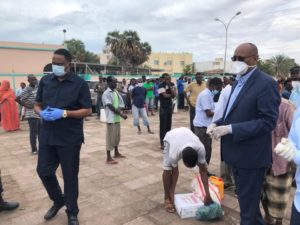 So far 4,000 Ethiopian community members are getting support via the embassy in two ways; direct cooked meal for those who are living at the street and monthly food rations for those that resides in shelters.
“We are working tirelessly to address those who need support,” Abdulaziz said. The support is delivered in seven sub cities, and different areas in Djibouti city like Balbala, Arhiba and PK 12.
Ambassador Abdulaziz appreciated the effort of the Ethiopian community that are giving priority for the situation than their works and engaged on the activity to support those who need support.
Djibouti is a corridor for illegal Ethiopian migrants that transfer to the Gulf nations.
The embassy in Djibouti said that that it is working with IOM to return migrants based on their willingness.
Abdulaziz said that there is no forced measure by the government of Djibouti to return Ethiopian migrants and refugees particularly in relation with coronavirus.
“Regarding the port service everything is going smoothly as the past,” he concluded.