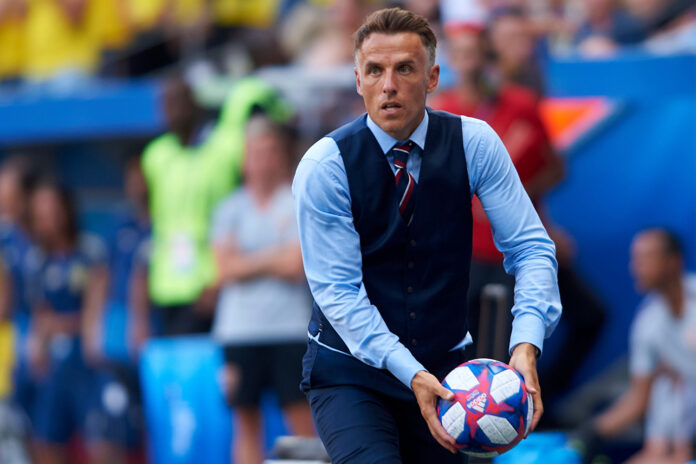 The 43-year-old former Manchester United and Everton defender was appointed in January 2018 on a contract until the summer of 2021.
He led the Lionesses to a first SheBelieves Cup success and a fourth-place finish at the World Cup in 2019.
But since last year’s quarter-final win over Norway, they have lost seven of 11 games and failed to retain their SheBelieves Cup title in March.
Neville, a former England international, had been set to lead Team GB into this summer’s Olympic Games, before taking control of the Lionesses at the Women’s Euros on home soil in 2021. But that tournament is moving to July 2022.
Despite recent results, Neville has retained the support of the Football Association. The decision about his future has come about because of coronavirus and its impact on the women’s football calendar.
Ideally, the FA wants the continuity of the same person taking both the GB side through the Tokyo Olympics and England to the Euros and the 2023 World Cup.
The postponements of the Olympics and Euros give the FA time to appoint a new manager and refresh the playing squad before that run of major tournaments.
After the SheBelieves Cup, at which England lost to World Cup winners the United States and also Spain, Neville said he would walk away if he felt he was not “motivated enough” to continue.
He also said: “I think we need to take a step back now and start building the foundations again – getting back to the brilliant basics.” Neville held a number of coaching roles in the men’s game before his first managerial appointment to the England job.
He is understood to have enjoyed his time in women’s football and could look to remain in the game. The Manchester City job is vacant following the departure of Nick Cushing to New York City.