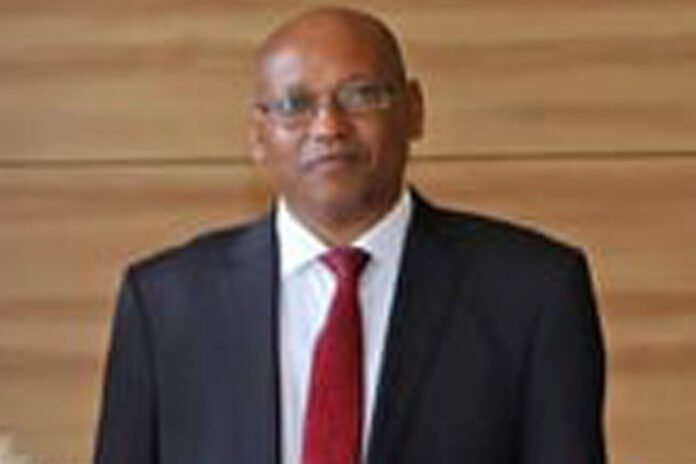 Djibouti has seen a rapid spike in corona virus cases with the Horn of Africa nation now recording the highest prevalence. The tiny but strategically important country that hosts major American, French, Chinese and other military bases, is also a strategic gateway for Ethiopia.
Thousands of Ethiopians led their lives in Djibouti. According to the Ethiopian embassy in Djibouti many of them work at the port and in other parts of the country which made them at risk of getting the virus and many are facing challenges of getting daily commodities including food. The Ethiopian embassy in Djibouti announced that it is providing direct support for needy Ethiopians who reside there to alleviate the challenges they face due to COVID 19 and helping them to pass this time. Capital talked to Ambassador Abdulaziz Mohammed, Ethiopian ambassador to Djibouti about the situation how the embassy is helping the Ethiopian community there. Ambassador Abdulaziz was appointed as an ambassador of Ethiopia to Djibouti on February, 2019. Excerpts;

Capital: What kind of support is the embassy giving to Ethiopians residing in Djibouti?
Abdulaziz Mohammed: Starting from the beginning of the pandemic in Djibouti we were telling Ethiopians to protect themselves from getting infected by the virus through social media, unions and Ethiopian public community unions. It is a known fact that many Ethiopians come to Djibouti every day and there are lots of people who live in Djibouti. Hundreds of trucks get in and out from Djibouti to Ethiopia and from Ethiopia to Djibouti which is the main sea outlet for Ethiopia. We have been working with different organization here in Djibouti to keep the safety of Ethiopian drivers who transport cargo from and to Djibouti. So we are working to provide certain protective equipments and giving them awareness on how to protect themselves from the virus.
To control the outbreak the government of Djibouti announced a lockdown some weeks back. Most of the Ethiopians who are living in Djibouti are living in a very poor condition, they are vulnerable. To tackle the challenges facing the Ethiopian community, we have been engaged on mobilizing finance from Ethiopians based in Djibouti and organizations to provide support. The Embassy has mobilized finance from its own staff at the mission and other sources to provide support for those in need.
The mobilization also targeted the call from the Ethiopian government to participate the Ethiopian community in the world to support the country to solve the same problem in Ethiopia. 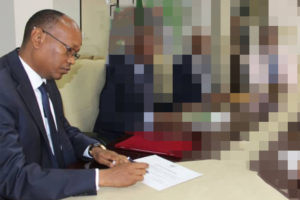 Capital: Since it is a time of fasting season for Muslims do you think the number of people in need will increase?
Abdulaziz: Yes we are expecting an increase. Ninety percent of Ethiopians who live in Djibouti are relatively poor. Also Djibouti is used as a corridor for illegal Ethiopian immigrants to go to the Gulf nations. Most of the immigrants living in Djibouti are those who came to go to the Middle East, so they live by working as a daily laborer, and currently most of them has no job and income and are highly vulnerable to these challenges we are facing. As we try to estimate more than 10,000 Ethiopians in Djibouti need support. So we are working tirelessly to address those who need support. So far 4,000 Ethiopian community members are getting support via the embassy in two ways; direct cooked meal for those who are living on the streets of Djibouti and monthly food rations for those that resides in shelters.

Capital: How much did you mobilized so far?
Abdulaziz: We have obtained around one million birr. The staff at the mission has donated their one month salary, other regional institutions, individual Ethiopians residing in Djibouti, unions has participated in the resource mobilization.
The support is delivered in seven sub cities, and different areas in Djibouti city of Balbala, Arhiba and PK 12. 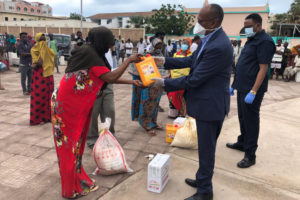 I want to appreciate the effort of the Ethiopian community that are giving priority for the situation than their work and engaged on the activity to support those who need support.

Capital: There are rumors that the Djiboutian government is forcing Ethiopians to return to their home in relation with the Covid-19?
Abdulaziz: There are no forced measure taken by the government of Djibouti to return Ethiopian migrants and refugees particularly in relation with coronavirus. Although the pandemic was highly spreading in Djibouti the migrants were not stopped from their journey.

Capital: What about the port and the logistic service, how is it going with the pandemic?
Abdulaziz: Regarding the port services everything is going smoothly as in the past, there is no interruption on the activities because of the virus. I consider it as it is a favor of Djibouti to Ethiopia, all the other activities in the country are banned although the government allows the port to continue as it was before. We all are working to increase the protections from the virus.

Capital: There are lots of returnees that came from neighboring countries such as Yemen and Saudi Arabia and other Middle Eastern countries to Ethiopia trough Djibouti, how are you facilitating their return?
Abdulaziz: Since the area is highly affected by illegal migration, illegal brokers use it to pass migrants to the middle-east. The embassy is working with IOM to return migrants based on their willingness. Before the pandemic we were working to return the migrants from camps in Djibouti, however because of the pandemic it become difficult and we have stopped it. Also even if it is not our mandate, we are working to return migrants from Yemen, by talking with the Ministry of Foreign Affairs. Generally everywhere if Ethiopians face challenge we try to help them as we can.