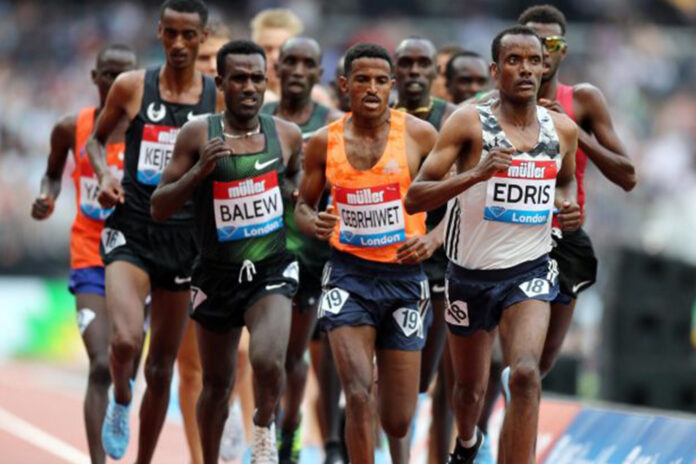 The last two months were supposed to be big for athletics as the season started in earnest ahead of an Olympic Games in July but instead, a host of events have – as in other sports – been either postponed or cancelled.
The first half of the year should have seen the World Indoor and World Half Marathon championships take place in March, and the start of series like the World Marathon Majors, Diamond League and Continental Tour.
The African Athletics Championships slated for June have been moved to 2021 – so with no competition at all, how on earth are athletes coping financially?
Berlin, Boston, London and Paris are some of the major road races that have been postponed to the second half of 2020, while others, such as Rome, have effectively been cancelled this year.
So any athlete who might have run up to four marathons per annum will probably only run one, at best.
“A sub-2:08 marathoner runs up to three marathons a year and a sub-2:13 up to four marathons a year,” says Kipngeno, who had previously planned to compete in four marathons this year. “The faster the marathon, the more recovery you need.”
Marathon runners can earn as little as $1,000 a race in prize money all the way up to $100,000 and more depending on race status and final position.
World Marathon Majors races – which encompass Berlin, Boston, Chicago, London, New York and Tokyo – have better appearance fees for a select group of athletes and better prize money too.
At London, for example, elite athletes compete for a total of $313,000 in prize money with the male and female champions each taking home $55,000.
The top 12 finishers are rewarded, with the 12th person taking home $1,000, while there is additional pay for faster times, which can be related to a shoe contract and/or breaking the world or course record.
Nonetheless, the fact that many races will be bunched closer together in the calendar means athletes will inevitably miss some of the marathons, or half marathons and 10k races, which they had once aimed to contest.
“It is going to be a disaster for the athletes,” says Boeting. “Half of the year for road race athletes is already gone with all the races cancelled. This means that athletes without contracts will go to an income of zero for the first six-seven months of the year, and those with contracts will lose 40-70% of their income.”
With no events to contest, some athletes can fall back on their shoe contracts, which range from $5,000 per year for smaller deals to $100,000 plus for bigger ones.
“During this pandemic, I don’t have to worry about how much to spend buying or replacing running shoes or on getting the right clothes for the training weather – that’s where the contract comes in handy,” Amos explains.
Nonetheless, he freely admits that he is turning to savings and investments to cover this period which highlights how life might be for those without shoe contracts.