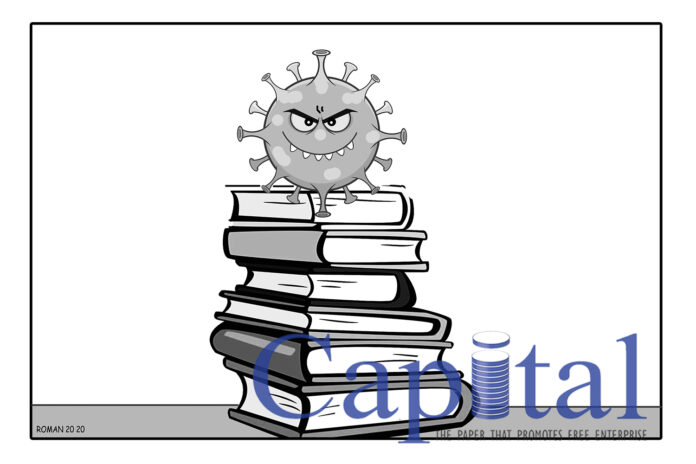 More than any business school corporate case study ever could, the Covid-19 pandemic has made crystal clear how economically and socially interconnected our world has become. This pandemic has revealed how globalization, with its unparalleled levels of human interaction and mobility, has facilitated the rapid spread of this highly contagious disease. Faced with a global health disaster, governments around the world are doing their utmost to save human lives and not thinking about the future of globalization as an existential priority.
Given the above factual explanation, Joseph Vann, Chair of the Strategic Initiatives Department at the George C. Marshall European Center for Security Studies recently said “for years to come, business schools around the world will likely be citing the 2020 Covid-19 Coronavirus crisis as one of the best all time examples of a Black Swan event. For the global economy, it will likely cause a complete re-evaluation of our collective attitudes towards globalization”.
But while mega efforts are underway to manage the health challenge and the economic challenge, it is not too early for other policy makers to begin examining why globalization did not work out the way its advocates either wished or thought it would. This examination should yield some very clear answers.
Joseph Vann, Director of the Program in Countering Transnational Organized Crime Programme at the George C. Marshall European Center for Security Studies stated that the substantial freeing of market forces during the post-Cold War era directly improved the wellbeing of people around the world. The freedom to trade practically at will and exploit market economies, happily seduced nations into a new and complex system of economic interdependence. Market exchanges and specialization clearly demonstrated greater efficiencies in the ability to satisfy the needs for goods and services, and this created a thriving international marketplace. Manufacturers around the world grew bigger by using ever deeper supply chains and taking advantage of a global division of labor. All of which was good given no disturbances to the status quo.
Joseph Vann further noted that simultaneously, we witnessed voluntary de-industrialization in Western countries and the transfer of industrial production to emerging economies. As a result, and because of conscious policy decisions, China quickly became one of the world’s leading manufacturing powerhouses. In the search for markets with the lowest costs of production, the total stock of foreign direct investment into China in the last two decades rose from $193 billion to $1.6 trillion in 2018.
Valbona Zeneli noted that beyond partial de-industrialization, especially prominent and subsequently politically treacherous, in the United States and UK, the concept of “just in time” delivery proved an efficient economic alternative to the costs of maintaining inventories. Before we realized it, the concept of just in time manufacturing was born. Advanced economies, using their IT technologies and data driven know how, created the perfect logistics architecture. Managing the global supply chain and its distribution networks, so the underlying promise, could be handled with the ease of a mouse click.
According to Valbona Zeneli, all of this brilliance in getting products to market seemed to have overlooked the single point of failure that could ultimately disrupt the global economy, the growing deficiency in the global diversity of suppliers. The Covid-19 pandemic has demonstrated the lack of diversity in existing global networks. Supply chains have failed. Orders are backlogged. The lack of options with regard to suppliers are now vulnerabilities and have become painfully visible. It was not just the promise, but the firm assumption of “just in time” practices that had us mislead ourselves into reducing stocks and accepting too little redundancy in production capability and capacity to meet demand.
In a crisis situation, production bottlenecks can cost human lives. To give but one example, the lack of critical medical supplies is preventing the fight against Covid-19. By some estimates, more than 50% of the medical masks are made in China. The backlog in production and delivery has cost the world dearly. China is also the largest exporter of chemical ingredients used in antibiotics and other drugs. Medical companies and hospitals having grown dependent on China working its just in time planning magic are now struggling.
Michael Zurn, Director of Research on Transnational Conflicts and International Institutions at the Social Science Research Center in Berlin argued that for all the good and the efficiency it created, globalization was never meant to absolve national policy makers of the requirement to maintain economic sovereignty. Nations and their government leaders have a moral duty to maintain economic sovereignty by ensuring that their economies are resilient to the inherent traps of globalization.
Michael Zurn noted that failing on that account is not a failure of globalization, but a profound miscalculation and form of over-optimism at the national level. This also makes plain why de-globalization efforts would bring more disadvantages than wins.
According to Valbona Zeneli, the key lesson learned from the current crisis is this: The maintenance of sufficient economic room of maneuver in case something does not work perfectly should be the core goal of globalization. In fact, this kind of foresight is what the art of management is all about.

The creative industry as economic assets