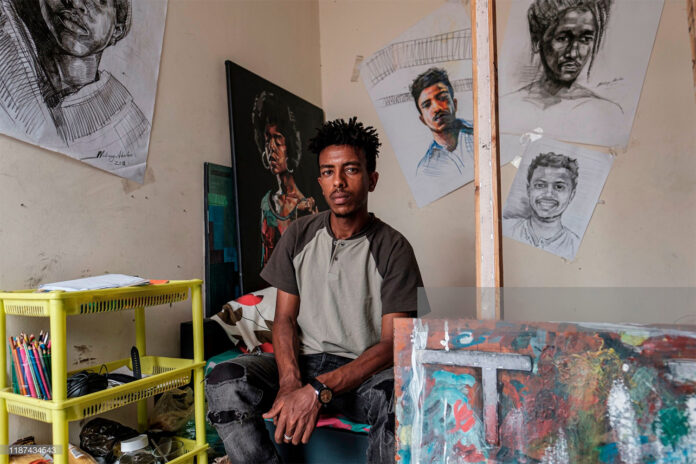 A debate ignited by French president Emmanuel Macron in 2018 on the urgent need to return African historic treasures stashed in European and American museums is gaining pace while rekindling memories of Europe forceful entry to Africa and the impacts it has had on generations.
The cultural relics among them metal castings, human remains, carvings, manuscripts, photographs and sound recordings were moved from Africa either through the expeditions of the 1800s, stolen or acquired under questionable circumstances. Reports indicate that over 90 percent of these artworks lie outside Africa with numerous leaders calling on their repatriation as an honest gesture of addressing colonial injustices meted on the continent.
Mr. Macron has been at the forefront of championing Europe to return the artefacts and even commissioned a report in 2018 on African relics held in France Museum. The report dubbed ‘The Restitution of African Cultural Heritage: Toward a new relational ethics’ which was co-authored by renown French art historian Benedicte Savoy and Senegalese economist Felwine Sarr recommended France immediate plan on restitution of African relics including revision of the principle of ‘inalienability of public French art collections’, where French laws posit that any French collections are state property and cannot be given back irrespective of how they were acquired. Such legal hurdles have complicated claims by African countries who have requested to have their art work returned.
BENIN BRONZE SHAPE RESTITUTION DEBATE
Quai Branly museum in Paris houses 70,000 cultural objects from Sub Saharan Africa, 85 percent of all collections at the Africa Museum in Belgium are from the Congo and Humboldt Forum in Germany has in its possession 75,000 African traditional relics. From Africa, these treasures were either exchanged in Europe as gifts or sold at auction. The Benin Bronzes, made of brass, have particularly shaped the restitution debate due to the heightened publicity they have received in Europe and Nigeria where they were taken from.
In the 1897 expedition, British soldiers raided the Kingdom of Benin, the modern day Southern Nigeria, torching the royal palace and looting thousands works of art among them Benin Bronzes, a set of unique plaques that included statues of ivory leopard, carved elephant tusks, and wooden heads and that showcased war exploits. They were revered and reserved for ancestral altars and mothers of kings and queens in the kingdom.
Other notable African artefacts in Europe include the Egyptian Rosetta Stone in British Museum made of coarse grained rock, engraved with texts in multiple languages. It has been used by researchers to understand how Egyptian hieroglyphs, using pictures as signs, worked.
The Bangwa Queen wooden carving that is about 32 inches tall commands huge spiritual importance to the Cameroonians and embodied the health and power of the Bangwa people. Being one of the world’s most famous artefact of African nature, the sculpture that was taken by German colonialist Gustav Conrau found its way to Museum für Völkerkunde in Berlin before being sold for a record $3.4 million at an auction in New York. 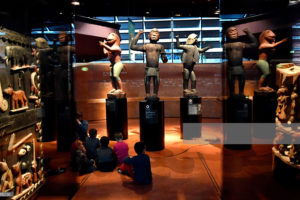 SUB-SAHARAN AFRICA RETAINS ALMOST NOTHING
“Whereas many other regions of the world represented in Western Museum collections are still able to hold on to a significant portion of their own cultural and artistic heritage, this is not the case in sub-Saharan Africa which has been able to retain almost nothing,” noted the Macron report.
International museums have always defended the idea of preserving the African heritage in their countries arguing that Africa does not have the requisite infrastructure to take care of them.
But as the debate gains momentum, European countries have been exploring temporary repatriation where the artefacts are given to African countries on loan, a move countries like Ethiopia have vehemently opposed.
“The restitution of African heritage is a very crucial step in addressing colonialism and the impact it had on the African people. But it needs to be honest and guided by goodwill. There cannot be any justification why cultural artefacts that were designed by Africans and preserved by Africans for all centuries would now be given back to them on loan. You don’t loan what is not yours. There should be no conditions for the repatriation of the African heritage,” said Abebe Negasi a historian based in Ethiopia’s capital Addis Ababa.
Abebe argues that having the African relics in European and America museums is robbing an entire African generation a chance to connect with its past and appreciate its future an assertion supported by the Macron report: “On a continent where 60 per cent of the population is under the age of 20 years-old, what is first and foremost of great importance is for young people to have access to their own culture, creativity, and spirituality from other eras that certainly have evolved since, but whose knowledge and recognition can no longer merely be reserved for those residing in Western countries or for those who count themselves among the African diaspora living in Europe. The youth of Africa, as much as the youth in France or Europe in general, have a right “to their artistic and cultural heritage.”
(Fair Planet)