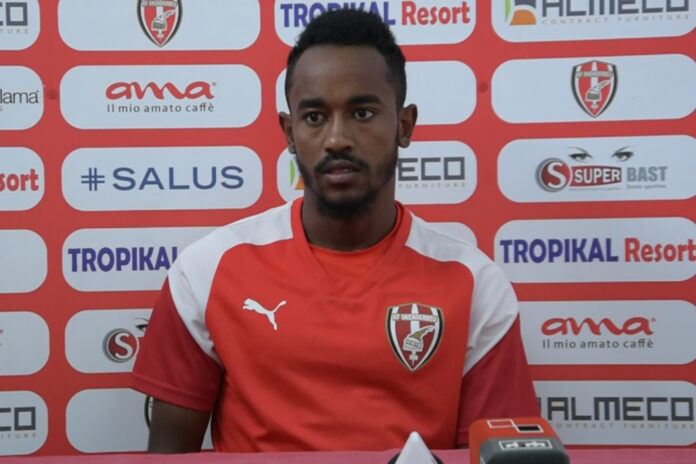 There was a time when Ethiopia was a force to be reckoned with in African football. Finalists in the inaugural CAF Africa Cup of Nations in 1957, they went on to win the competition outright in 1962. Ethiopian football then seemed to go into hibernation in the 70s, with just brief and intermittent awakenings since then. But could it now be ready to flourish once more?
“I think so,” the country’s rising star Beneyam Demte told FIFA.com. “The national team is improving and its football is becoming more and more attractive. We just need a little more time to allow our football to develop further and reach the level we aspire to. But the team is already something really beautiful – a genuine family that works hard to make the dreams of all Ethiopians come true,” he added.
Name:………………………….. Beneyam Belye Demte
Born:…………………………… 18 July 1998 in Dire Dawa (Ethiopia)
Club:…………………………… Umea FC (Sweden)
Position:………………………. Attacking midfielder
International caps:………. 18
Humility key
The realization of one of Demte’s own ambitions is symbolic of the national team’s re-emergence. Though still only 21, he has been playing in Europe for three seasons already. After two years in Albania with KF Skenderbeu Korce, with whom he competed in the UEFA Europa League, he moved to Sweden, first impressing with Syrianska and in recent months with Umea.
“I realise how far I have come,” he told us. “It’s hard to progress in Europe, not just for an Ethiopian but for any African player! For me, though, this is not an end in itself. I’m young. I need to keep working hard to continue down this road and, above all, to progress with humility.”
A German talent spotter
While hard work matters, talent obviously counts for a lot too, this is fortunate for Demte. The youngster’s ability was spotted and nurtured by the veteran German Joachim Fickert, who, having coached the national teams of Rwanda, Mauritania, Benin, Congo and Eritrea, knows a thing or two about African football.
“He was the technical director of Ethiopian football at the time,” Demte explained. “After one game, he told me I had the potential to play at a higher level. It was like flicking a switch. I did everything possible to exploit my potential, and he did everything possible to help me get established in Europe. I owe him a lot and so does Ethiopian football.”
Giants await
Fickert and the Ethiopian football federation’s efforts to wake this sleeping giant appear to be beginning to bear fruit.
The Walya Antelopes made it through the preliminary round of African qualifiers for the FIFA World Cup Qatar 2022™ by beating Lesotho over two legs. Now they face Ghana, South Africa and Zimbabwe in Group G in the second round and see no reason not to be hopeful.
I’m an optimist: I really believe in our chances of qualifying,” insisted the 18-time Ethiopian international. “It would be something crazy, but it is possible,” he added.
“As a player, I’m thriving in Europe and happy in Sweden, but my country means everything to me. It’s my homeland, where I come from and where my people live. Wearing the Ethiopian jersey is a huge honour for me, and I just want to do my best to make this country even greater than it is already.”